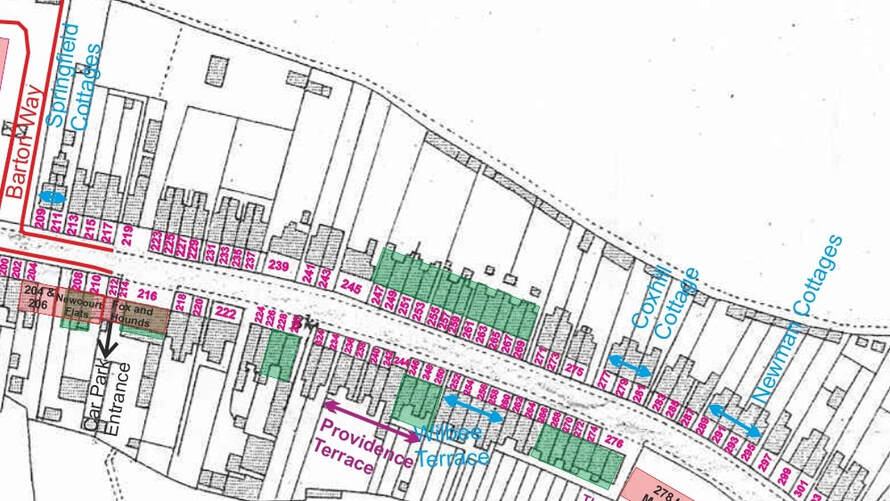 Map Data: Purple - Early Cottage Names / Blue - Current Cottage Names / Green - Buildings on 1880 OS Map / Pink - Buildings since 1914 OS Map
For some years during this later period it was not used as a shop but as a display window for samples of upholstery from the firm that worked from sheds at the rear.
In 2006, these were occupied by “Renko Workshops” and a company which advertises on the internet from these premises under the name of “MadeJust4U” furniture designers.
Until late 2010 the shop was occupied by “Bell’a – Beauty Parlour” with a sign over the right hand side saying “Guinot” which, I am told, is a style of beauty treatment.
The shop has now re-opened as Carly’s Hair and Beauty and Tanning Salon. 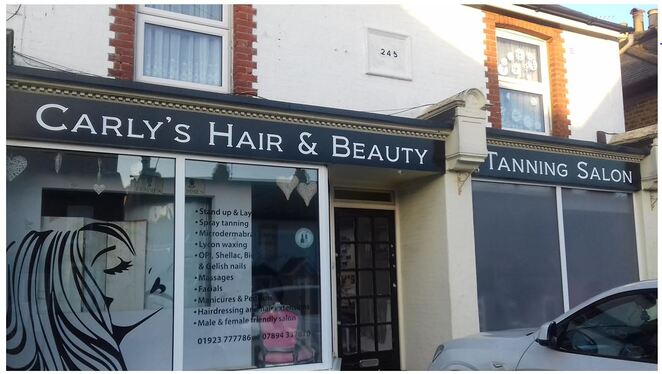 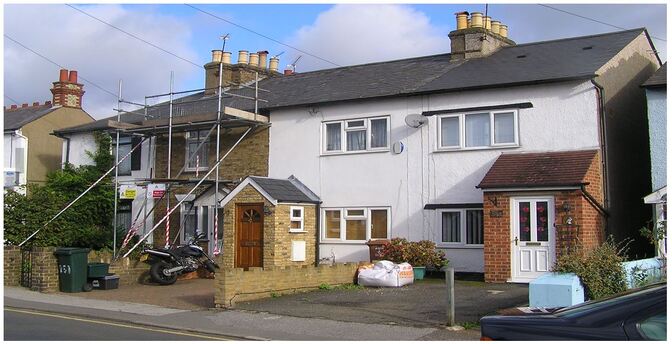 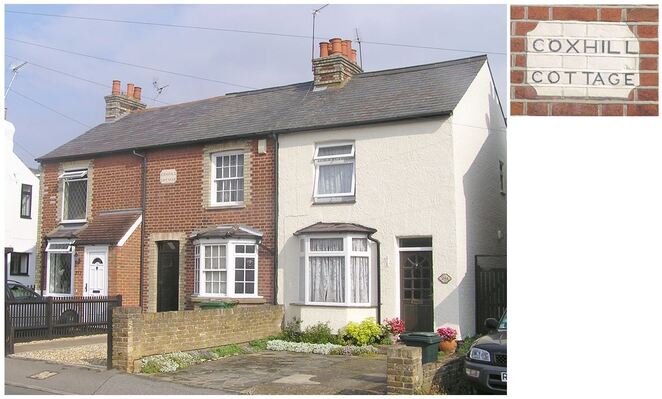 Coxhill Cottage in 2006
Thomas Froude, a Plumber and Sanitary Engineer is shown in an advert from a 1906 issue of the All Saints’ magazine to be resident at No. 283, proudly proclaiming that he was a Bronze Medallist. This medal was awarded for the first time in 1905 by the British Association of Gas Engineers to a member who presented a paper at the AGM of a Junior Gas Association.
F. W. Payne, Builder and House Decorator appears in a 1907 edition of the same magazine to be resident at No.285.
A little further on is another group, this time of four cottages, Nos. 289 to 295.

As far as we can tell they were not present at the time of the 1891 census so they would also date from between 1891 and 1914, but it seems that quite a lot of building took place in this period. 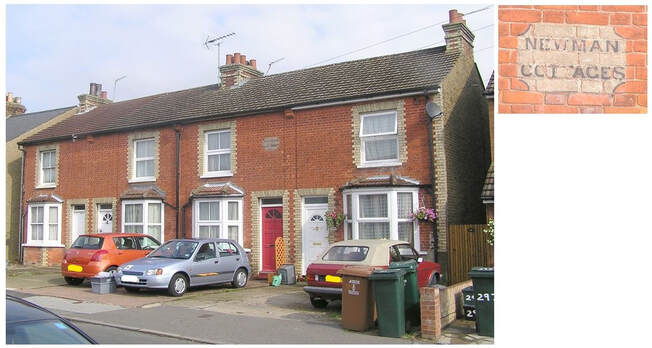 Newman Cottages in 2006
They have a painted, undated sign, again a little faded, proclaiming them to be “Newman Cottages”. I have not been able to find any reason for the name.
No.219, the second cottage from the left in this block was shown in the 1930 Kelly’s to be the residence of Police Constable George Berry. We shall see later on that No.252 across the road was occupied in 1891, 1913 and 1920 by various Police Constables.  Perhaps by 1930 the Police House had moved?
​PREVIOUS PAGE  /  NEXT PAGE