When the hostilities came to an end after World War One many changes to the lives of both men and women were to happen.  One of these was the increased opportunity for ladies to take up a sporting activity as a leisure interest.
Hockey became a pleasurable pursuit outside the domestic chores that in the past they would have been expected to fill their spare hours.

During the change over from the sports ground opposite the Red House public house to a new site off The Green, the hockey team is known to have played on a field located behind the Sportsman public house and the windmill.

This photograph taken 1924/25 is the John Dickinson hockey team known as The Greenflies. Mr Woods was known to have been their coach.
Known team members from left to right. 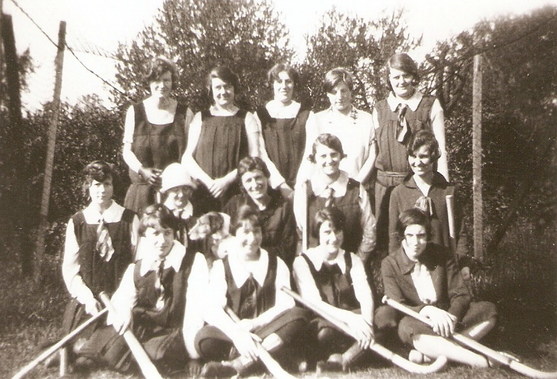