The Artichoke, The Green, Croxley Green 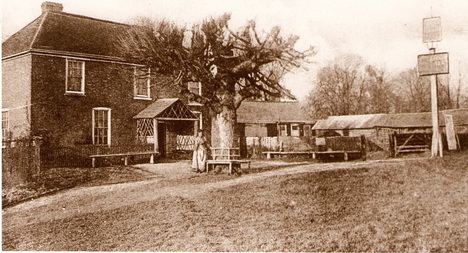 The Artichoke -Mrs Robinson stands outside
The Artichoke has been known to sell beer supplied by Ind Coope, Taylor-Walker, Cannon, Clutterbuck. Sections of the pub were built in the 17th and 18th century and the earliest reference is 1756.

According to the Hertfordshire County Records 'notes and extracts from the Sessions Records of the St. Albans Division 1770 to 1840 Volume IV it was recorded  in the Midsummer Sessions 1819 that ' Rules and regulations of a society of good fellowship to be established at "the Artichoke", at Croxley Green, in the parish of Rickmersworth' (Draft Sessions Book VII/145.
This reference could be relating to the 'Commoners'  when they were first established for Croxley Green.  It was known they held their meetings at The Artichoke.

(Between 1879 and 1919 some thirty-six commons in England and Wales
were regulated under the 1876 Commons Act (39 & 40 Vict., c.56), from semi urban commons and popular beauty spots to vast upland wastes stretching
over thousands of acres. )

In the  Watford Observer on 6th March 1886  the following article appeared.
An important meeting of the commoners was held  at the Artichoke Inn on Friday week, to consider the best means of disposing of the compensation money paid by the Metropolitan  District Railway Company, amounting to £246 16s 4d., and to consider other business. The meeting was fully attended  by commoners, and included Mr. H. C. Finch, Mr. W. R. Woolrych, Mr. Lewis Evans, Mr. Barlow,  Mr. R. B. Day, Mr. Harvey W Fellows,  Mr. Wake -Walker (solicitor to Mr. A. Clutterbuck) Mr. John White,  Mr. George Stone, Mr. Austin, Mr. Cudworth, Mr. W Rance,  Mr Gurney, and many others.
Mr W R Woolrych was elected chairman. It was unanimously resolved that the consent of the commoners should be given  to the proposed  exchange of seven acres of land  part of the Moor, for10a 1r 26p of land purchased by Messrs. Dickinson and Co of Croxley Mill, and intended to be transferred to the commoners. It was further unanimously resolved that inasmuch as the rights of the commoners, and included a right of pasturage over  Croxley Common (26 acres)and Croxley Common Moor (82 acres),together with a valuable fishery in the Gade. (Cashio Chain Bridge to Gad's Pool), have, from lapse of time and division of land, become badly defined and not fairly “stinted”, nor sufficiently maintained, that a  portion of the fund  £246 16s 4d should be applied  to satisfy  the cost of fully investigating the particular rights of the commoners, and also  that the  provisions of the  Commons Act, 39 40 Vict., ch. 56, and especially Section 3 , which relates to the “Regulation of Common” and includes adjustment of rights and improvement, should be applied to these commons with the sanction (which has been obtained) of the Master and Fellows of Gonville and Caius College, Cambridge,  Lords of the Manor, Mr. Fallows was desired to set  on behalf of the commoners. The meeting concluded with a vote of thanks to the Chairman, proposed by Mr Austin and seconded by Mr White'.

The Artichoke also held regular auctions conducted by auctioneers including Sedgewick & Sons  and Mr Thomas Lavender surveyor and auctioneer of Watford. The lots were varied from selling farming stock, belonging to Hollowtree  Farm in 1865 including 4 cart horses 21 short horn cows/ heifers and 129 sheep. Also to be sold was a large variety of farming related equipment. (This is roughly the time the land was sold eventually creating Croxley Green New Road. )
Beech wood from nearby Copthorne Woods, March 1869 was another example that was  auctioned.

As well as the Coach and Horses, The Artichoke also attracted  families when Mr Stone's orchard on the opposite side of The Green was abundant with ripe cherries. Past residents recall as small children in June/July they would sit with their parents during this time and enjoy the cherries whilst father enjoyed his glass of beer.
This event was usually on a Sunday as the working week was normally  six days with Sunday being the "day of rest" These days were called 'Cherry Sundays'
​
Residents also remember there being a very 'talkative' bird in a cage at the pub and on the  West Herts Post and Watford Observer's newsletter page 4,  publication date 03/02/1944 carried an article of this and a photograph of  'Polly the parrot at the Artichoke pub by Mr H J Mayo. The current website can be viewed here www.artichokeonthegreen.co.uk 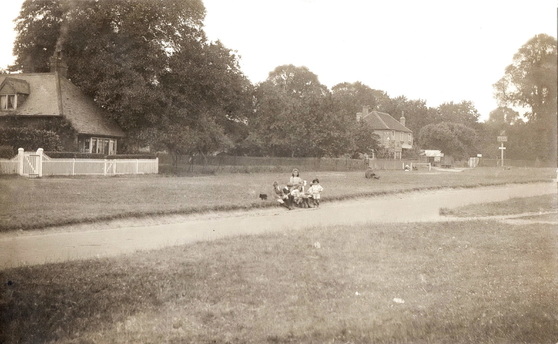 The Artichoke public house c1918
This tranquil scene c1918 showing The Artichoke public house is typical of how villagers enjoyed just sitting and enjoying their 'local green'
The signs outside the pub advertise the Bass Brewery as well as teas also available.
The Robinson family were publicans for many years. The attractive tree standing outside with its friendly seat encompassed the trunk. Older residents remember a blacksmith's shed next door and to the left of the pub the house has been replaced by more modern dwellings. An important missing feature of the scene is the war memorial as this was not erected until the following year. 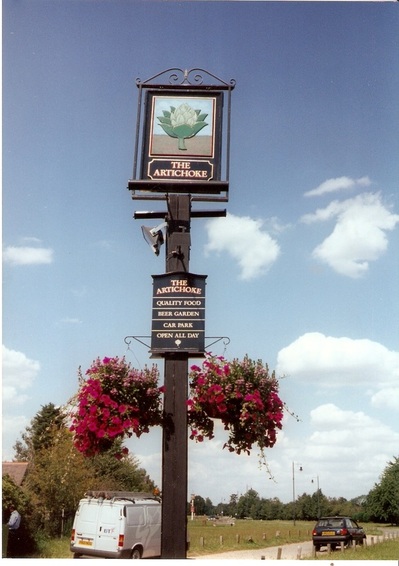 The building has under gone changes, external as well as internal in recent years  and in part has restaurant facilities. (2015) 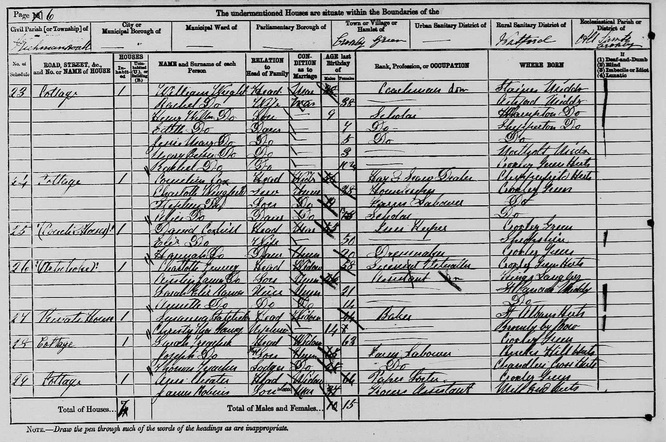 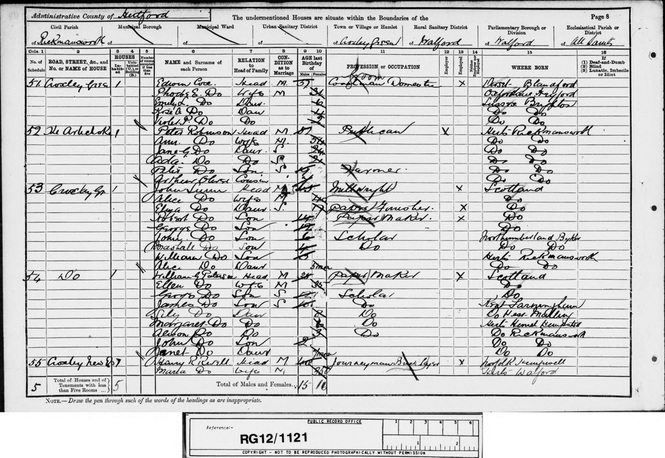 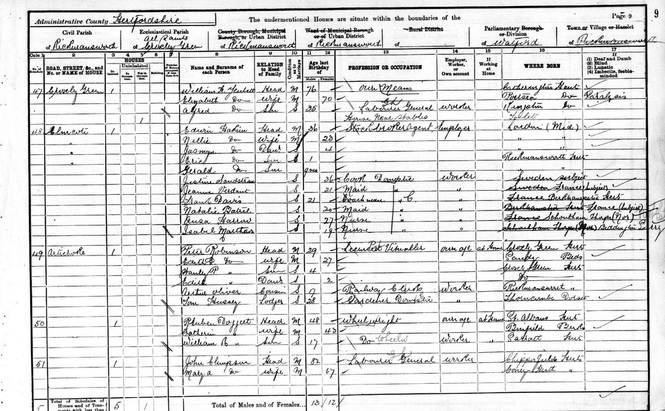 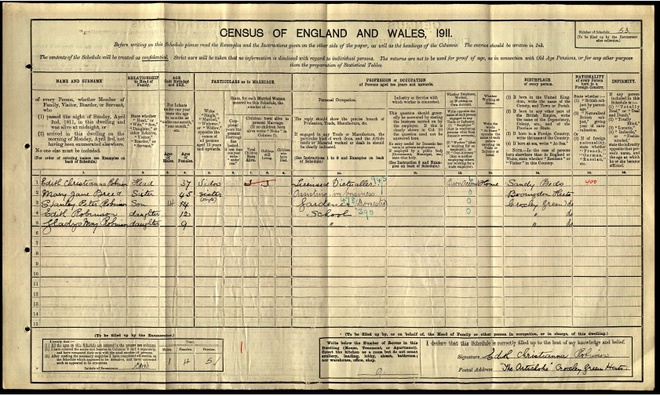