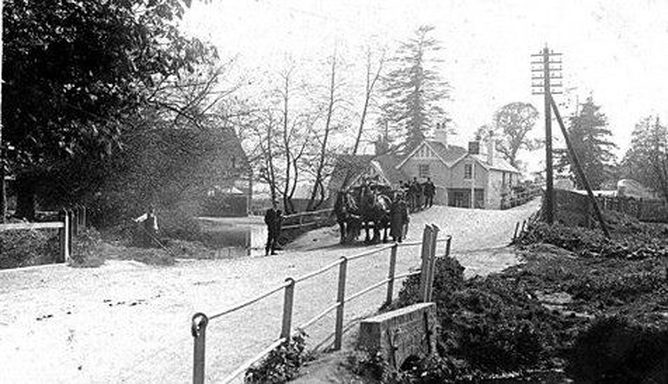 Cassio Bridge,and The Halfway House 1908. To the left of the photograph is a large building and this could be a large storage shed for the wharf area. 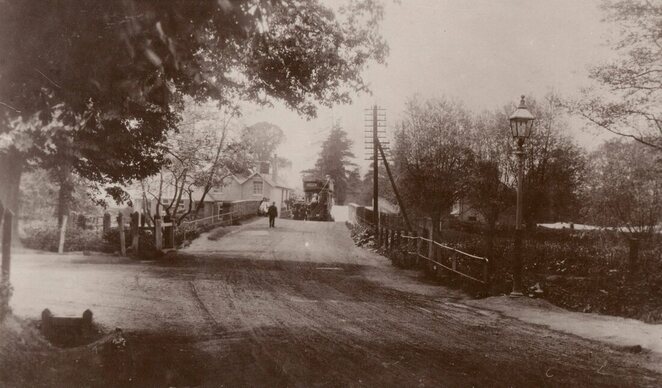 The Halfway House public house c1908
The Halfway House situated by the canal at Cassiobridge was in a convenient position for both road users as well as boatmen. This area became very busy particularly when John Dickinson opened his paper mill close by. Boats of all types would pass through this part of the canal carrying many types of cargo on their way north to make deliveries and at the same time collections. On their return journey they would make overnight stops on the way back to the London docks. The boatmen and their families would be non stop unloading and reloading goods as many were working  independently paid on each trip . The Halfway House was therefore a welcome place for an over night stay and possibly unloading goods for an onward destination by road.
The 1841 & 51 census describes John Warn (father and son ?) in an occupation as a wharfinger at Cassiobridge.This suggests Cassiobridge was a busy area.  A 'wharfinger' is described  as a  person who is the keeper or owner of a wharf and takes custody of and is responsible for goods delivered to the wharf. He typically has an office on the wharf, is responsible for the day-to-day activities including resolving disputes.

The 1861 census describes James Gibson now occupying The Halfway House as a Wharfinger and Beer house keeper and indicates this could be the same, if not a new premises for a secondary business.
By the 1871 census The Halfway House is listed separately. At Cassio Bridge wharf James Payne is listed as a Wharfinger living with his wife and family. The Payne family were also prolific watercress growers in this section of The Gade.
As traffic to and from Croxley Green and Watford  began to increase in size as well as weight the original single narrow bridges over the canal and the River Gade became unsuitable for two-way traffic.
(Many early references  to the river describes it as 'The Gad'
Originally built when horse transport was the principal means of transport another bridge was built alongside creating a dual carriageway. It was at this time when the decision was made to demolish The Halfway House. (approximately in the 1950's)
The junction with Baldwins Lane and the Watford Road a short distance away was chosen as a replacement site for a new public house and named The Two Bridges.

An article in The Resident magazine by Bob Hampson  who lived at The Halfway House prior to its demolition was frequently awakened in the night-time by the noise of a cart trundling along the main road from Croxley Green and turning into the main entrance (then) to John Dickinson mill.(this is Blackamoor Lane). One night he decided to take a look with his wife and they were surprised not to see any movement. This appeared to occur frequently but there was nothing to be seen. 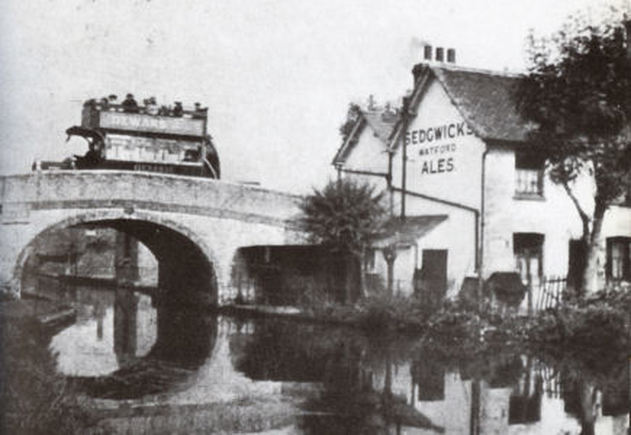 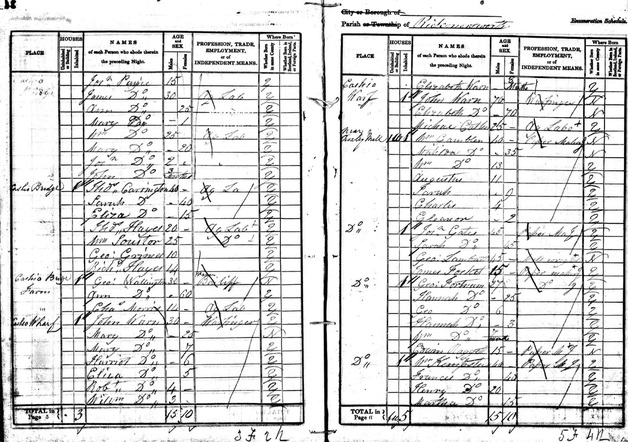 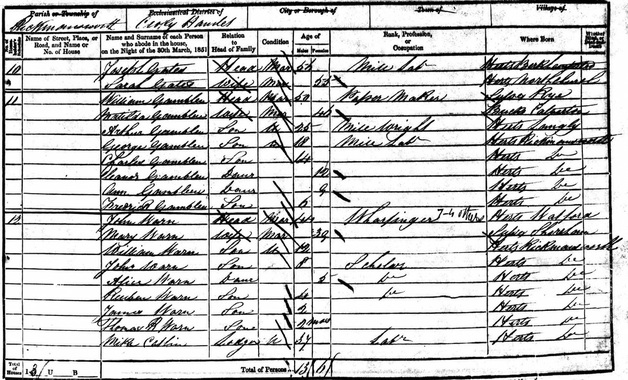 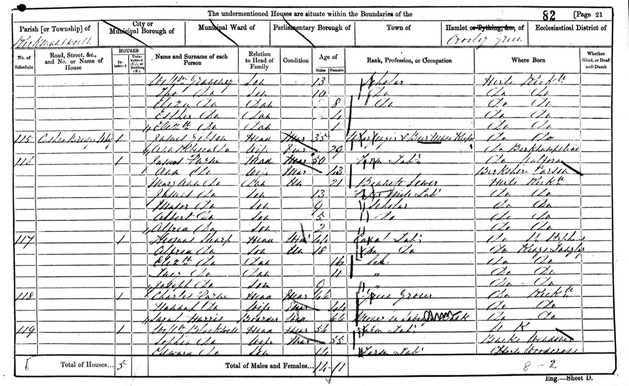 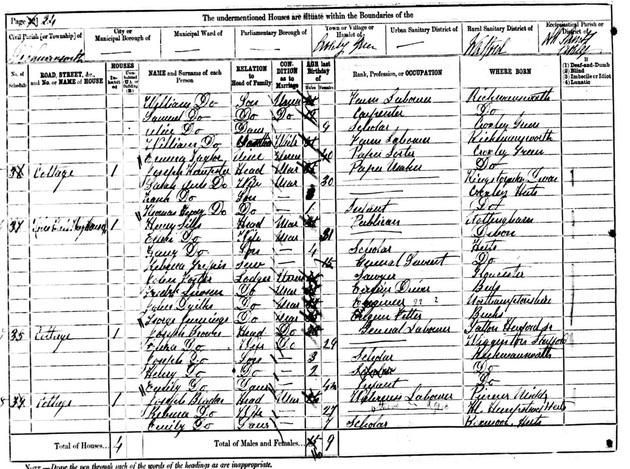 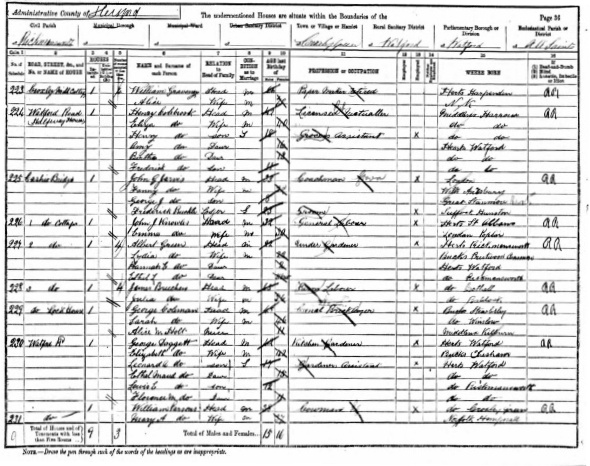 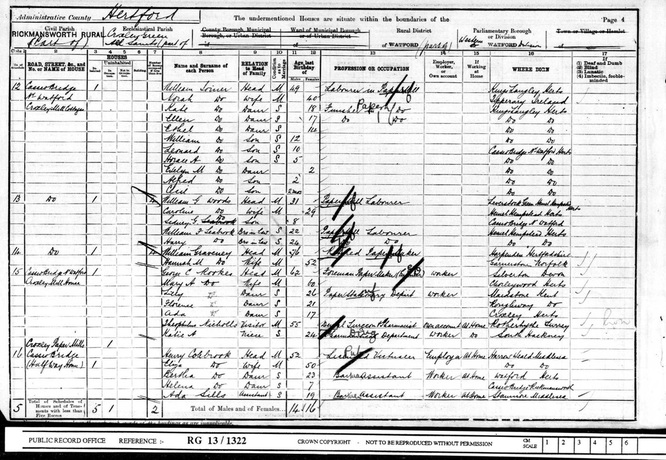 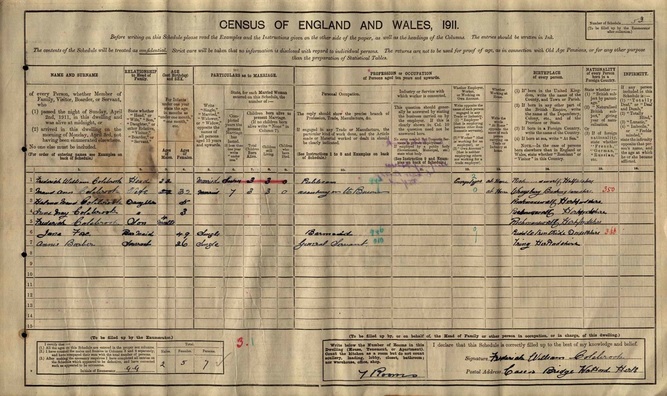