The original farmhouse is thought to be early 17th century but has since been altered and extended. From the early 1920’s Killingdown Farm has been the home of the Foster family who previously owned dairy premises in New Road close to the Institute/Guildhouse (now the doctors’ surgery). Joseph Ghost Foster, was one of the 'Commoners’ known to have their Commoners meetings in the Artichoke public house on The Green. The minutes of the meetings were recorded in a ledger book and at a particular meeting it is reputed that one 'commoner' became 'disgruntled' and threw the book into the fire. The book was rescued and was re-written as accurately as the writer could decipher the charred remains.

An idyllic row of cottages at Little Green just down from the farmhouse may have been suitable accommodation for the farm workers.

Killingdown Farm (unknown date)
Rogation Sundays
Services were held in the open air to bless the land and wish for a good harvest. This scene is close by to Killindown Farm. They were also held in Stone's Orchard, The Green. The vicar is leading the the service standing on an old interesting haywain. 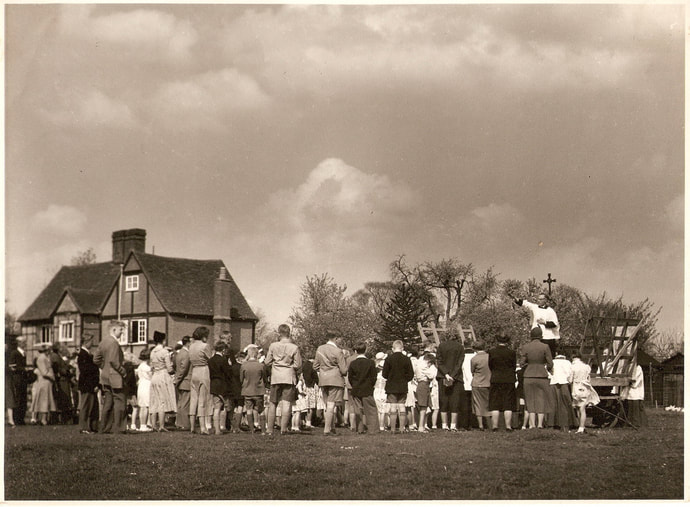 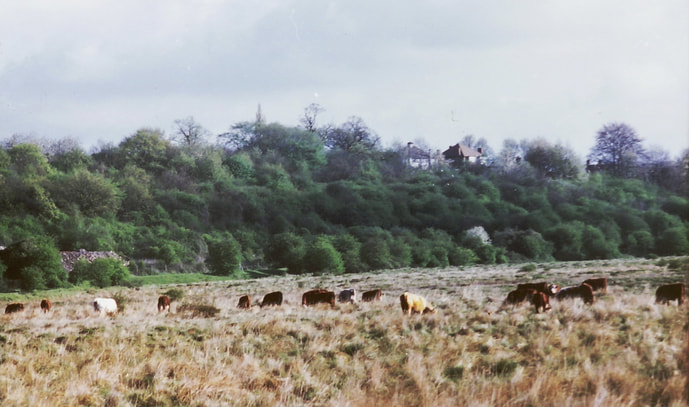 c1960's Cows from the farm on Common Moor
To the left of the photograph above there is some indication that spoil has been tipped eventually creating what was known as the 'Croxley Tip'  The spoil came from the Metropolitan Railway at Neasden and used this area as a landfill site raising the level some 20ft in height above the canal tow path. The actual 'dumped' material consisted of several types of waste material which continued  into the 1970's and possibly 1980's Left  and taken over  by' nature'  during the ensuing years, flora and fauna quickly moved in and in particular Buddleia. Walking through this area fragments from the broken electrical china conductors were often visible through a 'topsoil'