May 13th 1974 is remembered at Yorke Mead School as its birthday – the day its doors were opened to children.  Up to then the children had been pupils of Yorke Road Infants School.  On that day the children walked through Croxley Green carrying a tray of personal equipment that would be theirs to use at their new premises.  It was to be no longer a school for just 5 to 7 year olds but children would belong to Yorke Mead Junior Mixed Infant (JMI) until at the age of 11 they would advance to Secondary education.

Miss Joan Bridge, the long-time Headteacher at Yorke Road, had been planning the move for some time and for the next six years she would continue as Headteacher at Yorke Mead.  Boldly and ably she would nurture and inspire children well beyond the age that she had previously experienced in her teaching career.  She had a tried and tested staff around her:  Joan Bendelow, Mary Fletcher, Anne Benson and Daphne Cooper made that journey with their classes of children from Yorke Road to Dulwich Way.  Deputy Head, Mollie Higby, would retire at the end of that first Summer term.

Brian Sears succeeded Mrs Higby in the September to provide a male input amid a wealth of femininity and to run the football team!  He would soon be joined by John Hazell, Croxley Green born and bred, whose Dad, Harold, was a much revered Little Green teacher.  Margaret Stewart who ‘cut her teaching teeth’ at Little Green was another to join Yorke Mead.

As well as those who make their living from teaching a school is also indebted to its volunteers.  Principal amongst volunteers must be mentioned Chairs of Governors.  Yorke Mead goes on owing much to a line of those who have undertaken the onerous duty of ‘Chair’.  In the beginning the first two were wives of most respected and loved Croxley Green doctors : Maureen Russell and Nancy Hodgson.  Mrs Russell and Miss Bridge set Yorke Mead off in all the right directions through their mutual friendship and combination of skills.  Mrs Hodgson ably followed on and recounts how hard she had to fight to convince ‘the powers that be’ that Mr Sears should be promoted to follow Joan Bridge as Head on 29th February 1980.  That succession did come to fruition in September 1980.

The above article was written by Brian Sears who was for many years Deputy Headteacher, and then Headteacher from September 1980.  He completed 50 terms until he took early retirement at Easter 1997. He was succeeded by Mrs Margaret Moss. The current Headteacher is Ms Lucille Pollard. (2020 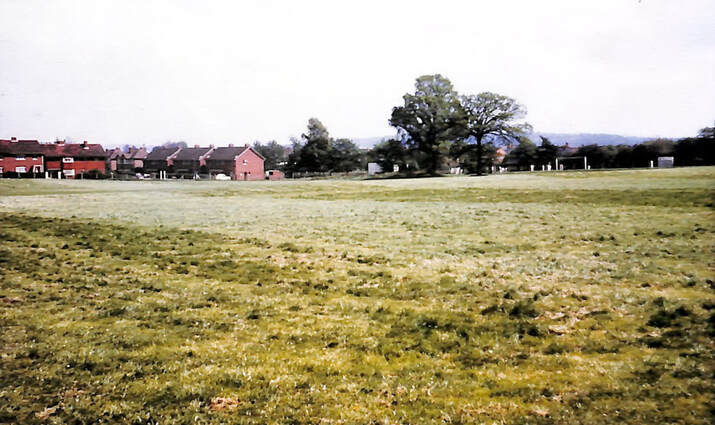 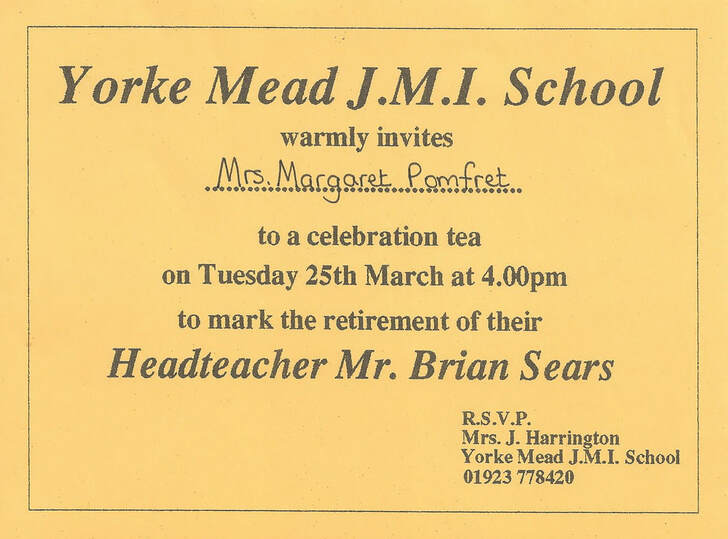 (© Loaned by Margaret Pomfret Collection) An invitation to celebrate the retirement of Brian Sears
​Following the announcement that Brian Sears would take early retirement at Easter 1997 the school arranged for a celebratory afternoon tea to be held in the recently opened new Nursery for the school on the 25th March. Invitations were sent out to include the current Governors of the school.