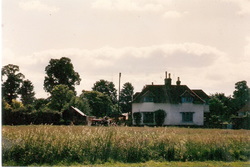 Lovatt's Farmhouse
Lovatts, a farmhouse on The Green, was the home of a well- loved character called Nabby (Harry) Sear and his family. When he was a boy his family lived at the George and Dragon pub on Scots Hill and he went to work at Parrotts farm just off The Green. His mother bought him a horse and as a young man he began buying fruit and vegetables including apples, cherries and potatoes that enabled him to start a small business selling them on at the Watford market.

He moved into Lovatts in the 1920's and progressed to having a farm including a herd of cows he pastured in fields down the Sarratt Lane near Redheath. The cows were driven twice a day from the fields to his milking parlour just behind the shops at the top of Scots Hill and opposite Rickmansworth School. A passage way still exists that would have led to the parlour, now part of the Windmill Housing Estate. Nabby was not a 'commoner' and thus when driving the cows across The Green the cows had to keep moving and were not allowed to stop and graze.

During the Second World War,  Nabby  was able to take on Land Army girls to help out on the farm driving tractors and lorries and assisting him and his two sons Clem and Terry. One of the girls, Phyllis, married Clem in 1946 and lived at the farmhouse. The dairy business was sold in 1951 and Nabby passed away in 1955. The farmhouse was altered some years later into two dwellings and Whitegates sold for housing. The name Lovatts is taken from a previous occupier of the house. 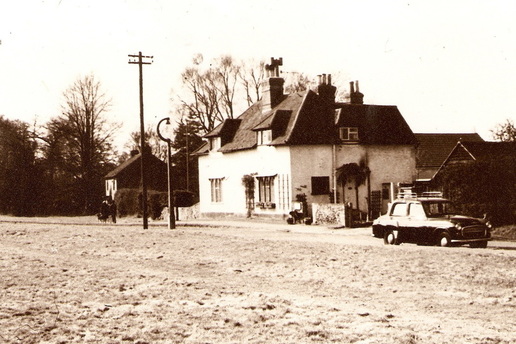