​Young people of Croxley Green who were keen to join in youth club activities would travel to Rickmansworth where a very popular club had opened to young people living in the immediate area of the town. As this facility became over subscribed, especially from Croxley Green, it was suggested that the village might consider having its own youth club. It was the idea of the combined church leaders in the area to assist with making this possible.
Arrangements were made to take over the two ex Territorial Army (TA) huts as a temporary club headquarters opposite All Saints Church, on The Green. It had been recognised from the outset that the land would eventually be taken for the development of the Windmill Estate and the hut was approximately where the entrance to the estate is today.

The redecorated and suitably furnished huts were ready for occupation in 1966 and table tennis, billiards etc as well as outdoor pursuits were available with over 500 youngsters showing an interest in membership.
Knowing this would only be temporary, a suitable permanent site central site was sought and land close to the Barton Way allotments was identified.
The Parsonage Road School Rickmansworth was made available from the end of 1968 whilst the plans were being finalised. An application to the Department of Education and Science was made for the building programme of 1969/70. The Ministry set a sum of £17,000 for the project and as the grant only covered 50% it was up to the county and local authority to contribute towards the balance. This however left a shortfall of approximately £5,000 of which £2,000 had initially been raised from local residents of Croxley Green as well as a house to house collection to improve this figure. A further £500 for equipment and furniture was also required.
As they anticipated being affiliated to the county and national associations the age range was set at 14-21 year old.
The first spit was dug for the building during the summer of 1970 with completion the following year . The opening took place by ticket invitation on 25th / 26th September 1971 as so many were expected to view the new premises.
A discotheque was held on Saturday eve with approx 150 young people taking part. The club progressed to a membership averaging 110 with about 50 attending on most evenings. As the club developed and improved a members committee was set up. Darts, table tennis, weight lifting, table football,and enamel jewellery making  were just some of the activities provided as well as the coffee bar . and a television and record player for ‘pop’ records.

This youth facility continued for many years providing a much needed service for the young community.
Community Association
For almost three quarters of a century the village had been provided with an exceptional ‘community centre’ namely the Institute/Guildhall offering so many activities for both the young and old. Sadly with the fire in the hall at the rear and the closure and sale mid 1970’s of the main building, opportunities for leisure facilities began to fade especially for the older residents.
The Youth Centre Committee was approached and in February 1978 agreed to share the premises as part of the newly – instituted Croxley Green Community Association (CGCA) and the building simply known as ‘The Centre’. The lease from TRDC was now transferred from the Youth Club Trustees to the CGCA.
Planning permission was gained to extend the building, enlarging the lounge and including a bar
Eventually a large car park was created for general use as well as parking for future events. 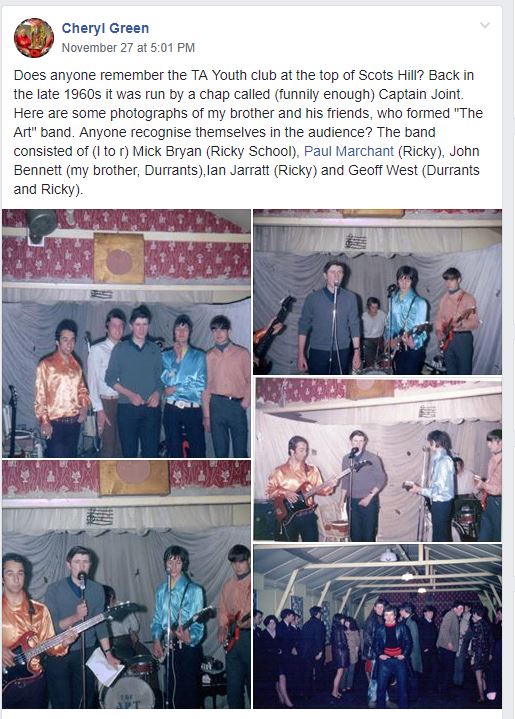