The Plough was located on Scots Hill opposite the Rickmansworth School entrance. The hill was dominated by housing and shops prior to Croxley Green New Road  being developed in the 1870's and was the 'early village'.
Although this area still offered a comprehensive choice for shoppers it was the hill that was to cause drastic changes in the 1970's.

Originally two-way traffic, the hill was difficult to negotiate particularly in severe weather conditions on both the up and the down sides. Accidents were a major problem. Onward buses to Rickmansworth and beyond would not attempt to risk the vehicle during icy weather, consequently passengers would have to make alternative travel arrangements as the bus would terminate in Croxley Green.

When a bus did descend the hill, on its return journey  if conditions were treacherous,  passengers were encouraged to alight and walk the hill whilst the bus went up empty.
They would return to their seats once they and the bus had reached the top.

A decision was made to change the hill to a dual carriage way and a new upside was created in the 1970's. For this to be achieved properties including shops and pubs   were demolished. The Plough as well and The George & Dragon were included in these plans. 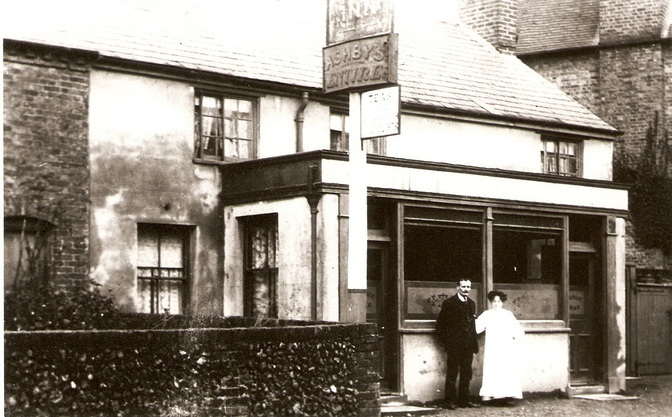 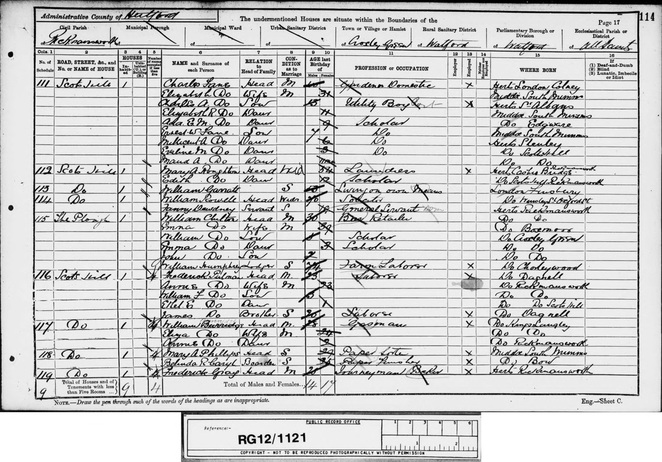 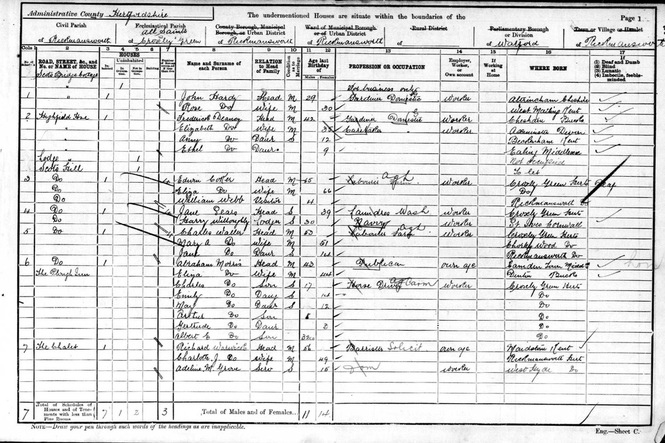 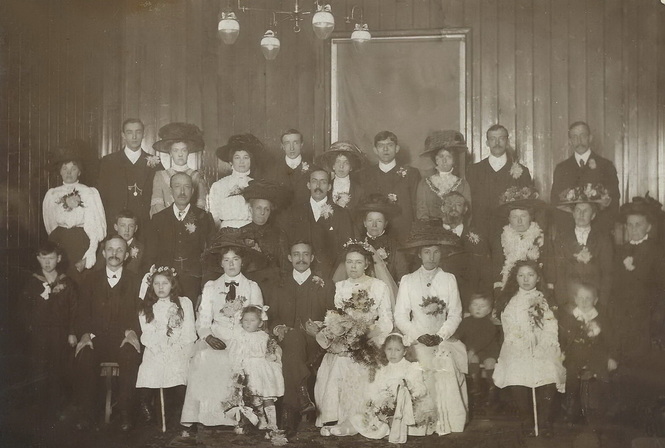 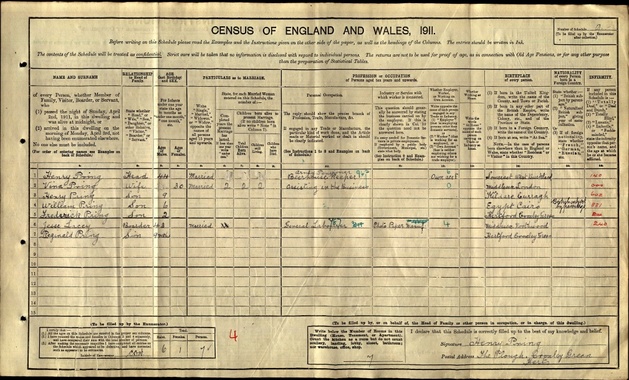 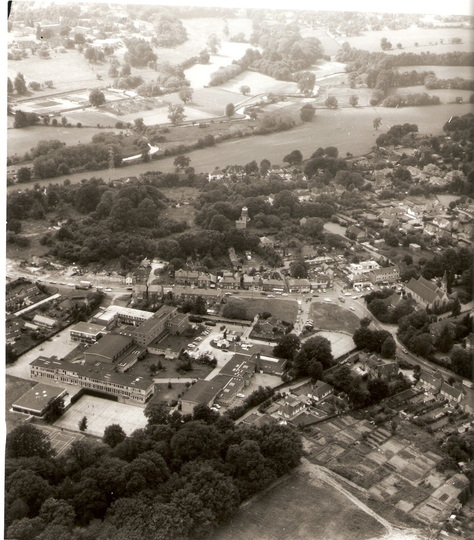 Aerial shot of the Scots Hill Area of Croxley Green This aerial photograph taken in the early 1970’s shows many changes about to take place in this area. The buildings on the left are Rickmansworth School. Scots Hill is still single carriageway and about to have the upside created. Property at the lower end is being demolished for this purpose including Highfield House a large Victorian house and part of a large estate. Several homes as well as commercial buildings made way for this improvement as the hill was causing huge vehicle problems. Accidents and breakdowns were a common occurrence, clogging up a main route.