The Fox and Hounds was probably founded when the Croxley Green New Road was established on land belonging to Hollowtree farm  in the 1860's.

At the end of 19th century there was an inquest held on the premises into the death of Alfred Ragell after his body was found near the Grand Union Canal.

A well known local character who lived in an old railway carriage on Common Moor with his mother was a regular customer in the 1940's. His tyre-less bicycle could be seen propped up outside and chained for security! 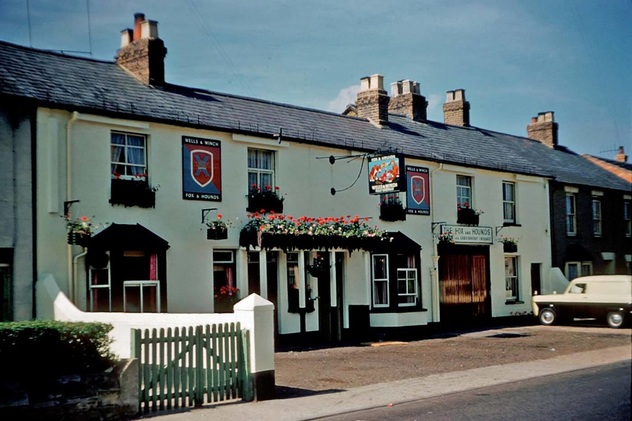 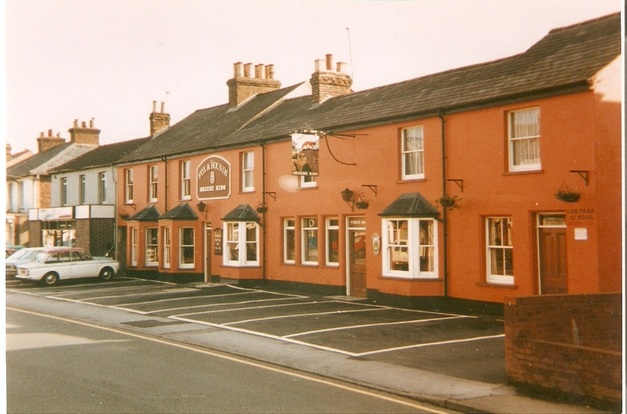 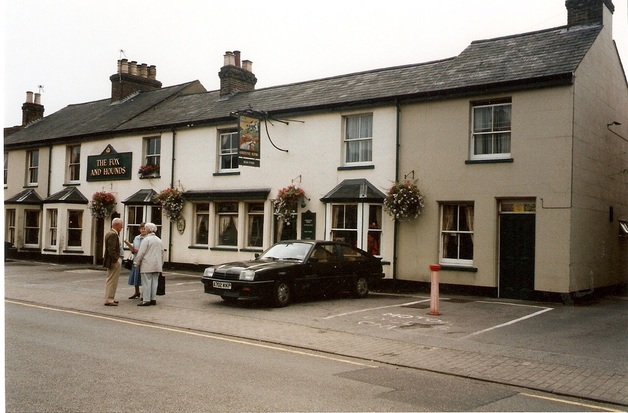 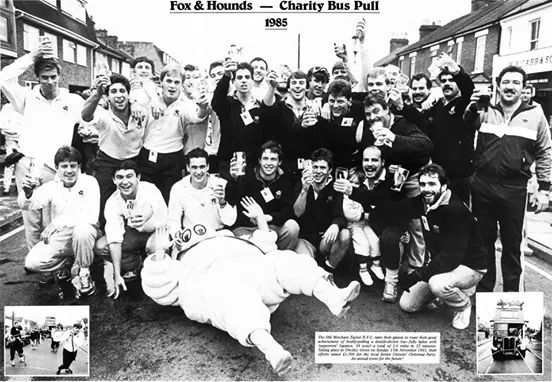 © Newspaper article from 1985
In the early 1990's, some of the customers of the Fox and Hounds continued to get together to raise money for charity. You can see from the pictures below that the route of the bus pull made it a sterling effort from all involved. 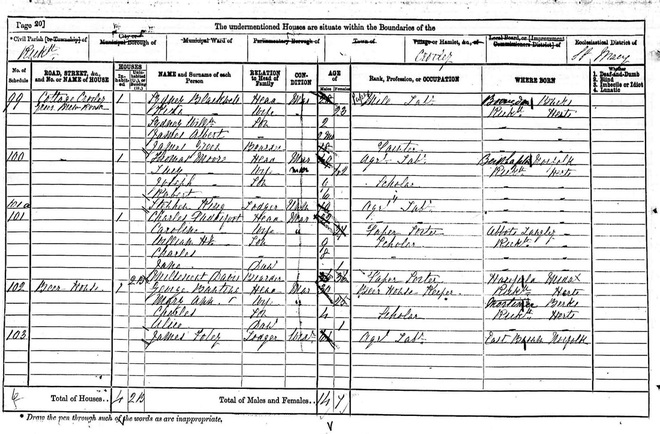 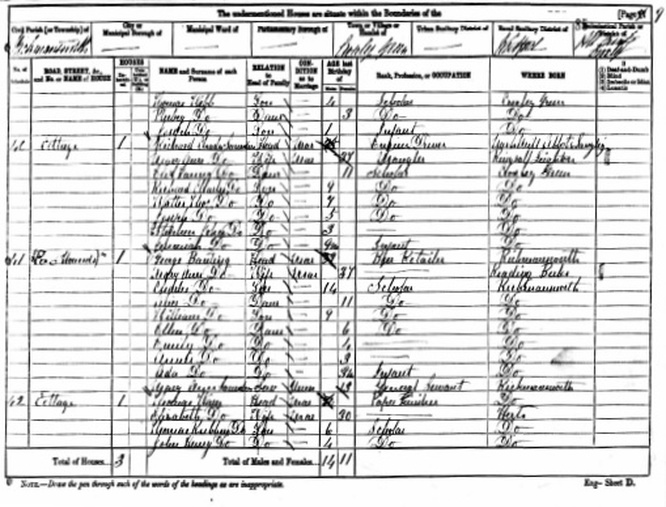 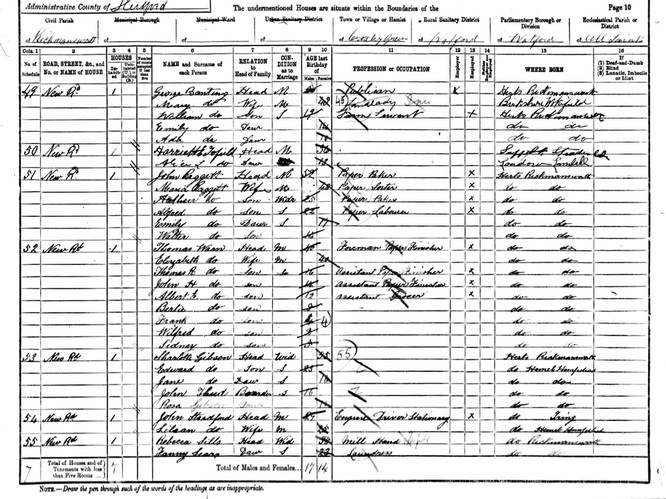 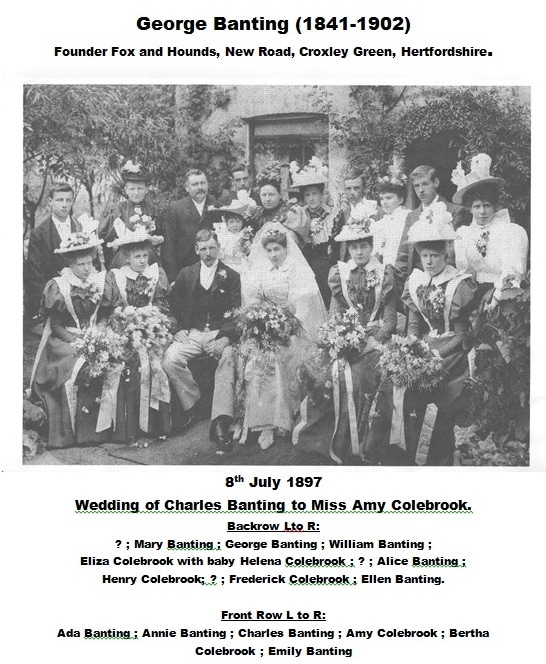 George Banting was Great Grandfather to Jeffrey Coleman and his daughter Ellen my Grandmother. This photograph shows the close connection between the Croxley Green publicans who ran the Fox and Hounds (Banting family) and the Halfway House (Colebrook family). William Banting married Amy Colebrook in 1897 and Alice Banting married Henry Colebrook later the same year. The image is thought to be taken at the back of the Fox and Hounds. 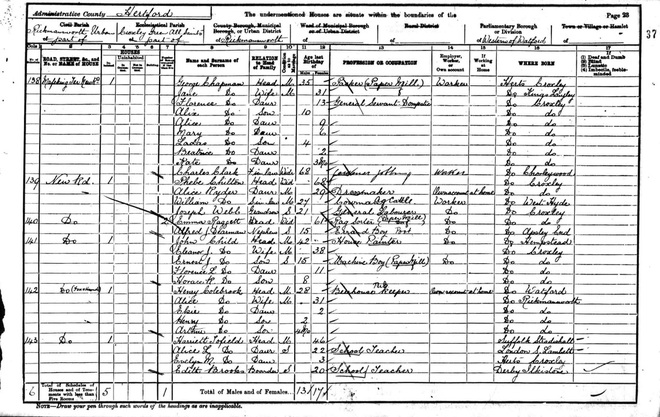 My parents, Vi and Bill Tyson, were licensees for the Fox & Hounds, New Road 1946-79.  My parents now deceased.  My mother’s eldest sister Lydia Horwood  (nee Randall) was six weeks old when brought to Croxley Green.  She went to Yorke Road School 1913 and remembers processions around the village on Empire Day, cherry picking and the cherry fair on the Green; bonfire night courtesy of Dickinson’s on the Green.

During the 1914-18 War the Institute was used as a hospital for Canadians.  Children were allowed to visit them.

She worked in Croxley Laundry.  Remembers Croxley station being built and too much to write here.

261 New Road  as I remember it, around 1946 my Grandma, Mrs. Alice Randall, rented this 2 up- 2 down cottage from around 1913 and she died in 1965.  She raised 6 children on her own, as she lost her husband in 1914-1918 War.  She was one of only two married women in Croxley Green who were widowed in 1914-1918, and left with children to raise.  She took in washing, cleaned the Greengrocers shop for Mrs. Palmer (Palmers) a little further down New Road, and later she worked in the Red House Public House, so that she could feed her children.

Electricity was finally installed in cottage in 1950 / 51 (approx).

My parents took over the License of The Fox & Hounds, New Road in 1946.  Beer was still rationed.  There was no hot water system therefore no bathroom.  A water pump out back from an underground well.  Also a stables and Cart Shed.  An old kitchen range for heating water.  Also an old skittle alley upstairs.  They ran the pub for 33 years.