The Gladstone Arms, Croxley Green (later the Duke of Yorke) 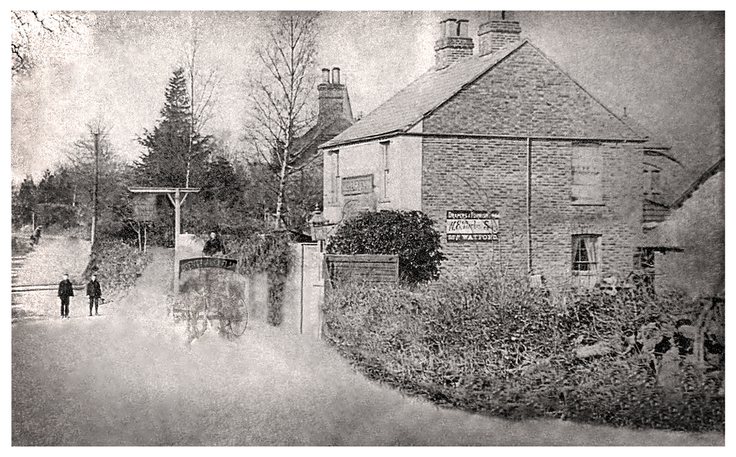 © The Gladstone Arms before it was renamed The Duke of York
The Gladstone Arms started out as a Beer house c1869 in Garden Road, according to the publication Hertfordshire Inns and Public Houses by Graham Jolliffe and Arthur Jones. It would appear that it was run by Sarah Payne as the licence was transferred in 1870 to Randall Payne as  reported in the Watford Observer.

The 1881 census also records the Gladstone Arms in Garden Road. However, other census, records, maps and later photographs, show the location as the Watford Road.
Nearby, the first Croxley Green school opened in 1874 in Garden Road  with the adjoining school house facing the Watford Road and next to the Gladstone Arms.
It has been suggested that the land lord/occupants used an alternative entrance in Garden Road to the property possibly before the school was built. The enumerator on his route down Garden Road may also have used the same entrance and recorded the property as Garden Road.
It was reported in the Watford Leader newspaper 27th October 1896 edition, at the Watford Petty Sessions, an application was submitted for improvements to this building. The date 1897 is shown on the two gable windows to the front of the building which would confirm when these were carried out.(see Duke of  York )

It was decided to give the beer house a name and was identified and named The Gladstone Arms, possibly after William Gladstone became Prime Minister in 1868. This was to change  soon after the alterations  when in 1900 Charles F Yorke a local resident became Chairman of Rickmansworth Urban District Council  (RUDC )
As a small village Croxley Green was administered by RUDC but would have local  representatives elected to make decisions on their behalf. Charles F Yorke lived in West View, a Colliery Commission Agent (coal mines). As this was a great honour for the growing village Garden Road was renamed Yorke Road and the Gladstone Arms, The Duke of York.

Local brewer Joseph Benskin of Watford was known to have supplied a range of beers to this pub. When the 'Old Boys School'  opened in 1894 the  'other' side of  The Gladstone Arms there were occasions when it was necessary to have access from one school to the other school without the need to use the main road.. A recognised pathway behind the Gladstone Arms made this possible without using the main Watford Road. Could this have been the same  extended pathway that originally led on to Garden Road? 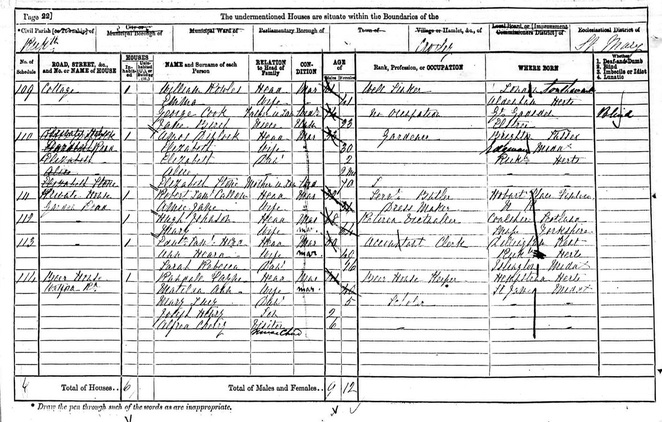 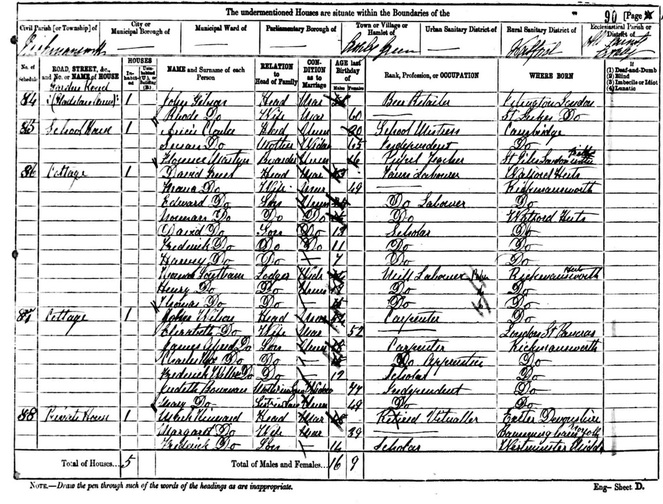 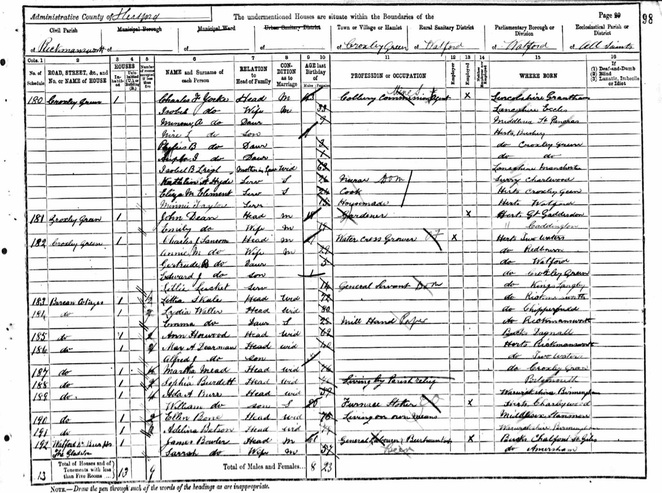