The Coach and Horses, The Green, Croxley Green

The earliest known reference to the Coach and Horses is 1774 and was reputed to have had a bell under the eaves so that  late night travelers could  summon the landlord to 'open up'.

Adjacent to the pub and shown on early maps a cherry orchard existed and according to local information were mainly the cooking variety. A team of cherry pickers hired usually in June & July visited all the orchards surrounding The Green.
In 1825 it is described as having a barn, yards and garden and orchard of  just over 2 acres.  Adjacent to the car park is a row of private houses built c1930's that would have been part of the orchard site.
During this time opposite the Coach and Horses was Mr Stone's orchard that  mainly grew the sweet variety of cherries as well as many other fruit varieties. Past residents recall as small children with their parents they would during the time when the cherries were ripe visit Mr. Stone's orchard to buy his cherries. Many families enjoyed a  large bag of juicy fruit seated on the grass whilst father would enjoy a drink at either the Coach and Horses PH or The Artichoke PH
This event was usually on a Sunday as the working week then in most cases was six days with Sunday being the 'day of rest' These days therefore were called 'Cherry Sundays'
This pub is visited by The Mummers troupe (re formed in 1994 by current residents) where St George &The Dragon is performed every December. (see Mummers)
The current website can be viewed here thecoachandhorses.co.uk 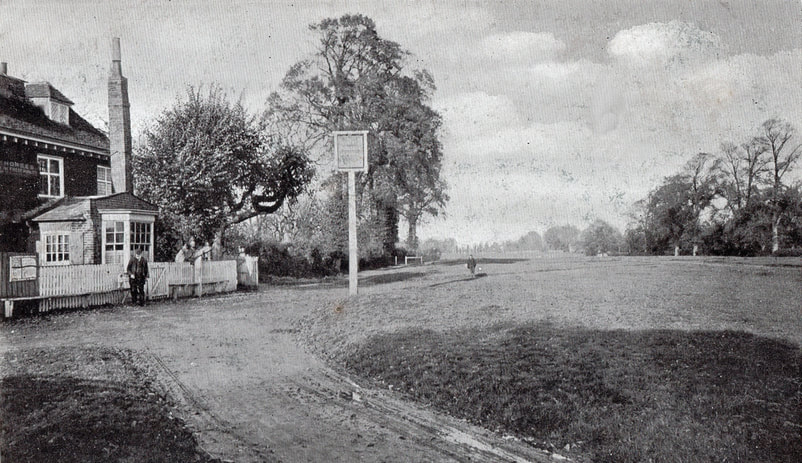 This scene c1900 shows the Coach & Horses pub. Opposite is the original gateway to Parrotts farm. Today private dwellings occupy part of the original land to the house 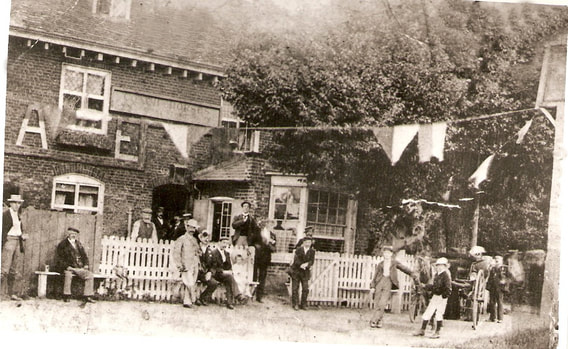 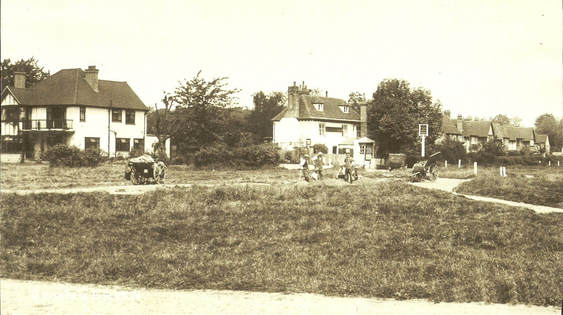 The Coach and Horses probably the 1930's A close look reveals workmen digging a hole -posing for the camera! 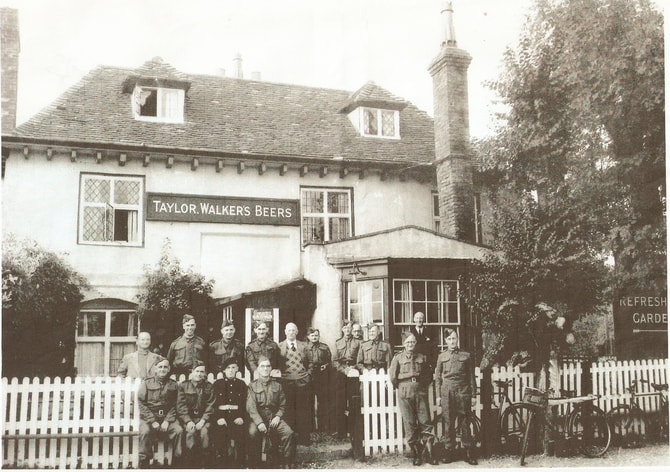 The Coach & Horses with WW2 members of the Home Guard outside. 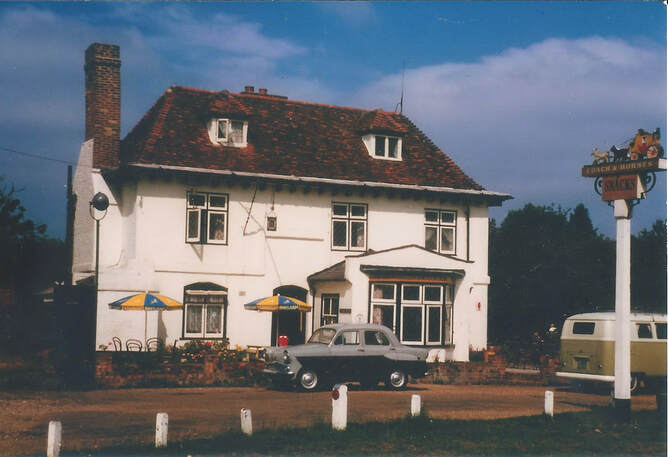 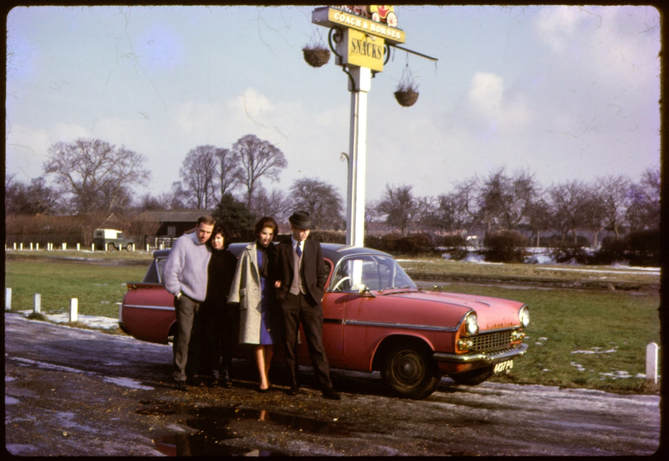 (© Liz Frow) February 1963 outside the Coach & Horses, Croxley Green. Just across the road Stone's Orchard can be seen with the original stables. 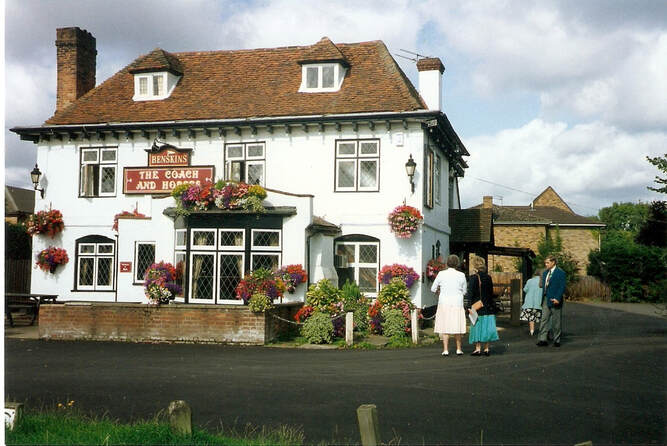 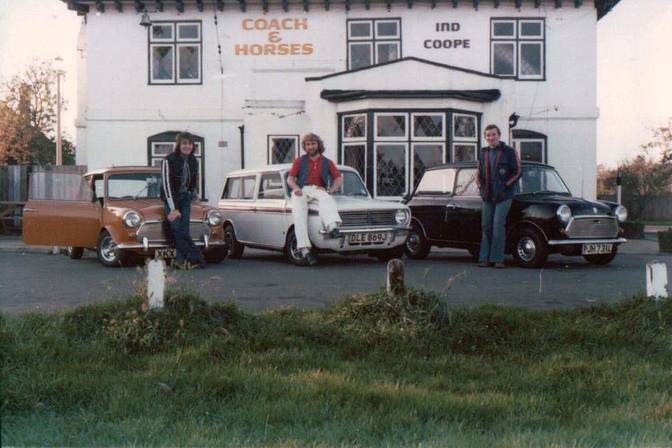 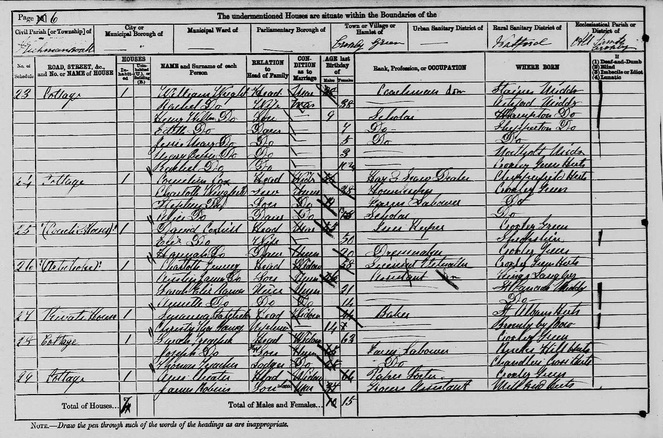 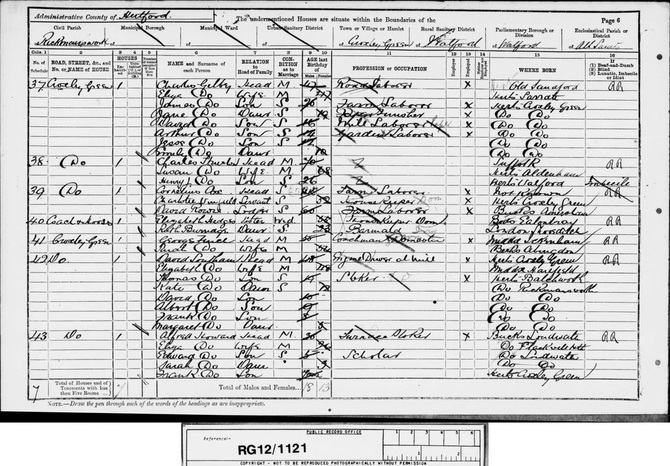 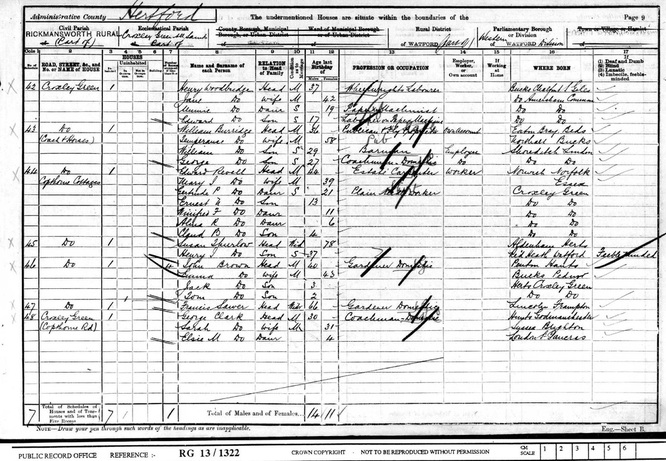 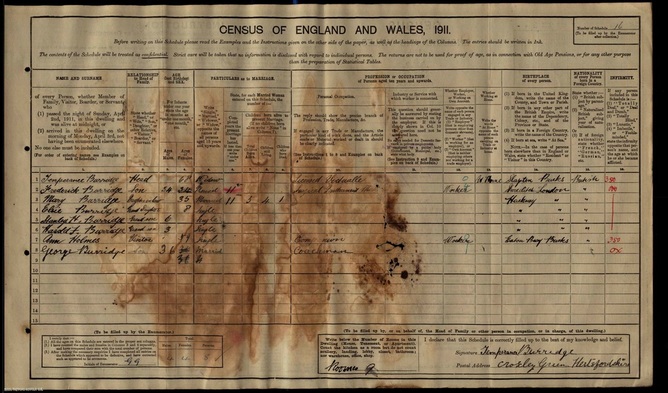 Copyright of Census
Crown Copyright information taken from the Census has be re-used under the terms of the Open Government Licence (OGL)  The OGL is a free licence developed to enable freer use of government information and public sector information without the need for formal agreements or any registration transaction,  This licence takes the form of a simple set of terms and conditions for re-use and can be viewed at;
http://www.nationalarchives.gov.uk/doc/open-government-licence/open-government-licence.htm

Croxley Green Remembered
The following poem was composed by the late Mr G. Revell, whom many local people would have remembered, and was recited in conversation with Mr Frank Jackson of Yorke Road and includes a reference to the Coach and Horses. (Reproduced from a 1973 edition of the Croxley Resident)

"The fairest sight I've ever seen is at Croxley on the Green
Lying lazily in grass leisurely the cars go past;
Buzzing bees and butterflys, Burbling larks, clear blue skies;
Hot sun, birds a-twittering, White clad lads a-cricketing;
Ditches, delves and gravel roads, Horse and cart with heavy load;
Cows that amble slowly by, Udders full and dull of eye;
Old Nabby leaning on his bike tries in vain to light his pipe;
Curses at the tiny breeze whispering softly in the trees;
Silent as a waiting mouse sleepy stands the Public House
The Coach and Horses old and quaint sadly needs a coat of paint;
Cackling hens insect bent, dogs stretched out, exhausted, spent;
From the grass the daisies peep, on the wall the eat's asleep;
Well worn paths where on to stroll, grassy banks from which to roll;
Sight of hay o'er gates and stiles, girls with warm and happy smiles;
Fairest sight of all to me Croxley Green as it used to be;
This is lovely to my mind because then, my friend, I was not blind"