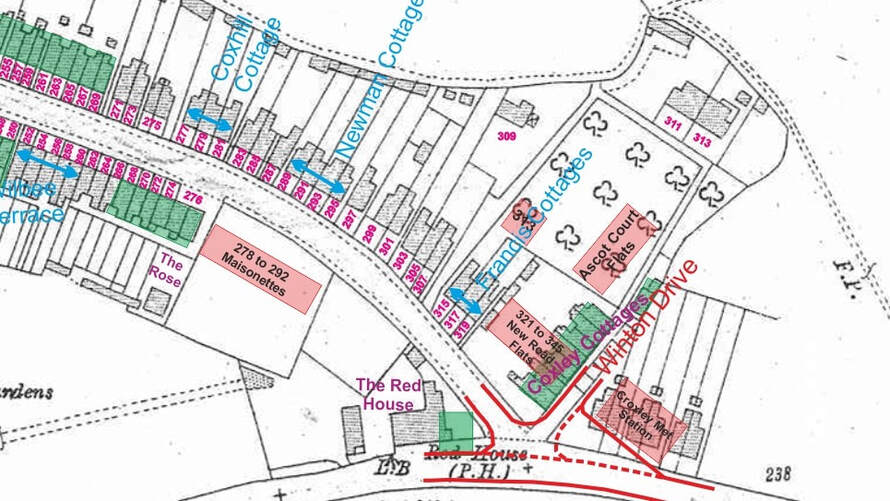 Map Data: Purple - Early Cottage Names / Blue - Current Cottage Names / Green - Buildings on 1880 OS Map / Pink - Buildings since 1914 OS Map
Between Nos. 307 and 315 is a pathway into No. 309. It used to go round in a rectangular shape, passing beside No. 309, across the frontage of two large-ish houses (which now have their access from Winton Drive).

The path then turned and came back down to join New Road again at its junction with Watford Road, passing a row of seven terraced cottages (with an eighth standing separately at the end), now all disappeared. The extract below from the 1914 OS map shows its original route of the footpath.
The path now only goes along the flank of No. 309 up to the top corner.
The remainder of the land which used to be enclosed by the original path (other than Francis Cottages which still remain) has been used for the construction of a new block of flats numbered 321 to 345, New Road and for the development of Ascot House, a large block of flats which now faces also on to Winton Drive.
From the map it does appear that there was an eighth cottage, separate from but facing towards the other seven. The seven (or eight) cottages mentioned above, which were referred to in the 1891 census as “Croxley Cottages” were actually destroyed in September 1940 when an Oil Bomb and two High Explosive Bombs fell near the Croxley Metropolitan Station. Fortunately, there were no casualties, but the cottages were damaged beyond repair.
The two houses which, in 1914 used to face on to this footpath, are now accessed from Winton Drive. Their addresses are now 124 and 126 Winton Drive although it is quite clear from just looking at them that they were intended to face in the other direction, which they used to do.
Nos.  315 to 319 are a row of three small cottages with a stone carved sign saying “Francis Cottages”. Again, as with so many others, there is no date attached, but, judging by the contemporary O.S. maps, these cottages appeared between 1898 and 1914. 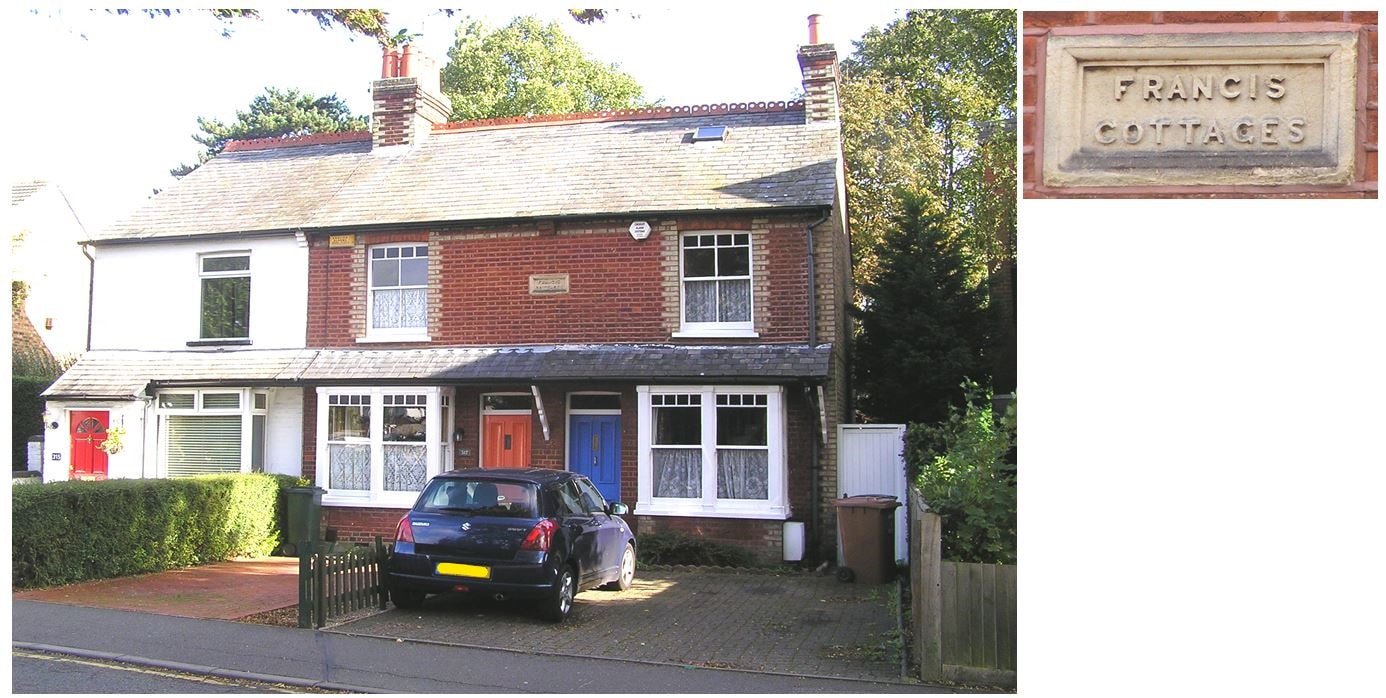 Francis Cottages in 2006
They are all private houses now and probably always have been although No. 319 is listed in the 1974 Kelly’s under the name “Crescent Cars”.
The Croxley Cottages mentioned above would, for a short period until they were demolished in the 1940s, have faced on to the Croxley Metropolitan Station.
The station is not, of course, in New Road itself, but is mentioned here because of its proximity to the Croxley Cottages.

It was opened in 1925, having been designed, according to a contemporary press release, to “harmonise with the local surroundings”, and it was originally intended to be heated by coal fires which is the reason for its many chimneys.

Originally there were train services direct to and from both Moor Park and Rickmansworth.
When it first opened it was named Croxley Green Station but this was changed in 1949 to Croxley to avoid confusion with the British Rail station at the bottom of the hill. 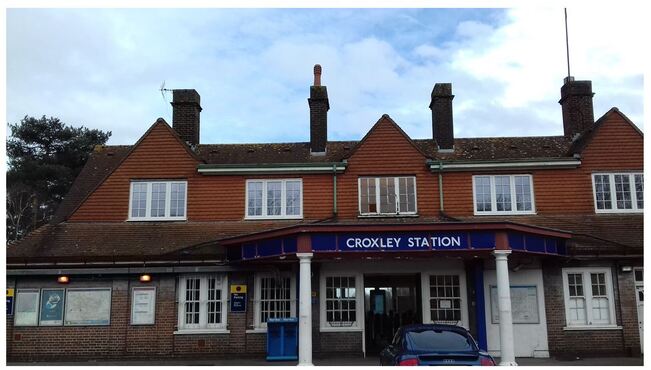