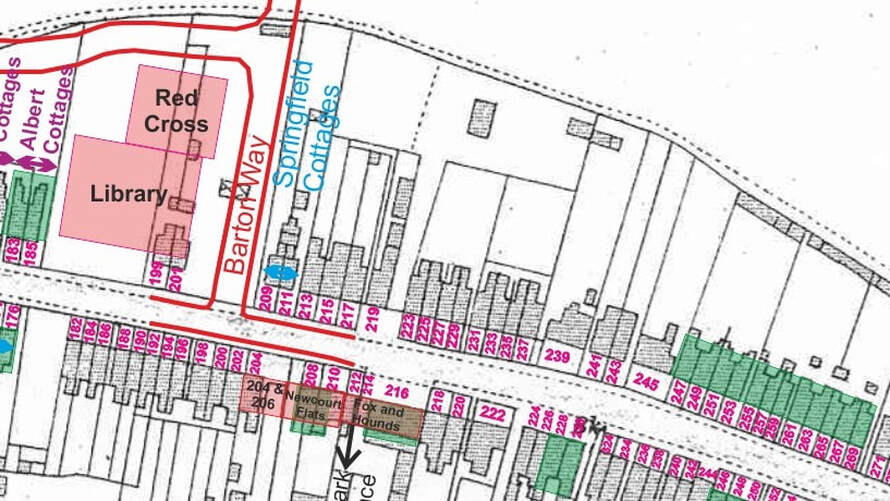 Map Data: Purple - Early Cottage Names / Blue - Current Cottage Names / Green - Buildings on 1880 OS Map / Pink - Buildings since 1914 OS Map
Continuing down the odd numbered (library) side of New Road, the first pair of cottages, 209 and 211, have a (slightly peeling) plaque high up on the front wall declaring them to be Springfield Cottages.
There is no date shown on the plaque and the cottages are not shown on the 1871 O,S. map but are listed on the 1891 census, when they were occupied by George Reeves, a gardener and Daniel Ladd who was described as “working on his own account”. An extract from the 1898 O.S. map above shows the cottages standing in quite a large area of ground.
Like most of the names given to the various groups of cottages, I currently have no record of the reason why this particular name was selected.
Nos. 213 to 237 do not appear on either the 1871 O.S. map or the 1891 census but are shown on the 1914 map, indicating that they all came into being during this period.

Further down, No. 219 is “W A Carr and Son Ltd”, well known locally as providers of catering equipment. In Kelly’s 1968 Directory they are listed under the same name but as a Hardware store.

The nearby advert from an All Saints’ magazine of 1910 confirms his presence in the road although, unfortunately, it doesn’t contain the house number. 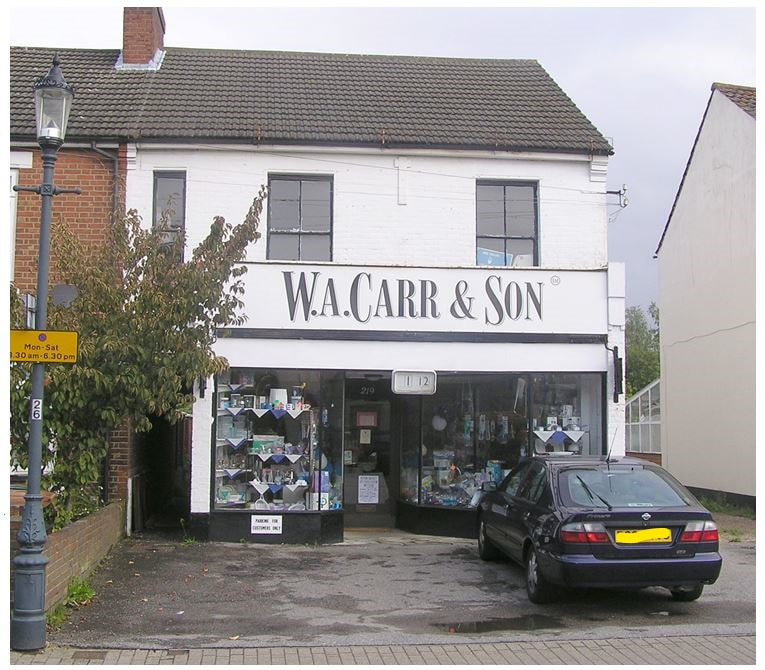 Mildred Cottages in 2006
It is strange that the name is only stencilled on although the rebated plaque that it is written in is contemporary with the building of the houses. It is also a little strange that the current plaque is offset over the left hand pair of cottages even though they were almost certainly built as a block of four. The difference in size of the upstairs windows is also a little unusual.
The old photograph below shows the shop somewhere around this period. It is impossible to date accurately but I would guess it was in the 1920s or 30s.
The right hand side of the shop in the photograph appears to have the name “Beatrice” over the window but it is not detailed enough to make out what goods are on display.
An entry in the 1930 Kelly’s shows No.245a as being occupied by Miss Olive Payne, Hairdresser, so it could be that she operated under the name of “Beatrice” or perhaps had taken over an earlier business – from what we can make out in the window it clearly could have been a ladies hairdressers at the time of the photo. 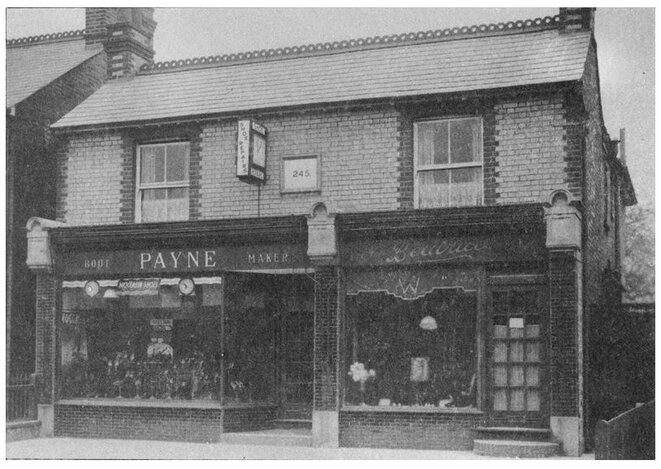 Towards the end of the 1930s it was being advertised as “Wright’s”.
The first advert here is from “The Croxley Argus – Official Organ of the Croxley Green Residents’ Association” issue No. 2 dated July 1939.

The one below goes on to say “Shoe repairs that satisfy. Any style. Agents for Lotus, Delta, Moccasin and other brands of footwear.”
The shop is listed in the 1940 Kelly’s as “William Wright – Bootmaker” and again in 1968 as “J & W Wright – Shoe Retailers”. 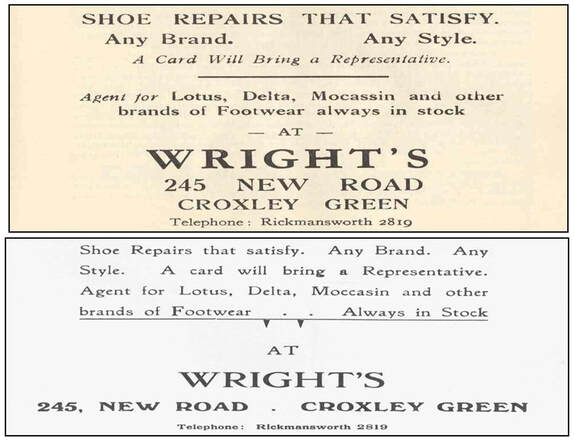