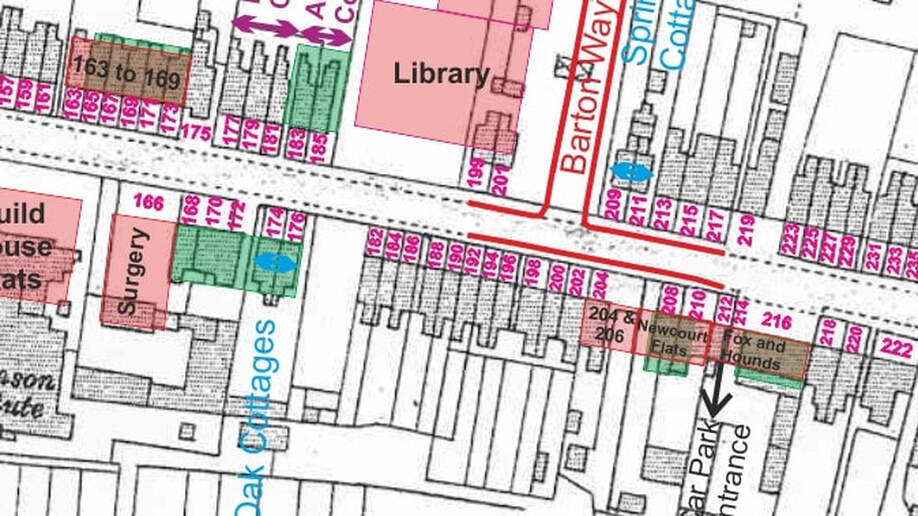 Map Data: Purple - Early Cottage Names / Blue - Current Cottage Names / Green - Buildings on 1880 OS Map / Pink - Buildings since 1914 OS Map
The surrounding parcel of land has served as a base for many businesses, the sign below now advertising “Croxley Tyres”. Address numbers quoted include 174, “Rear of 174” and 176, although none of the current boards seem to have any house numbers listed.
At various times it has been advertised as the base for “Croxley Car Repairs”, “Dale Simon Atkins, Scrap Vehicle Disposals and Transport Operator” and “G H Browning, Car body repairers” and possibly others. 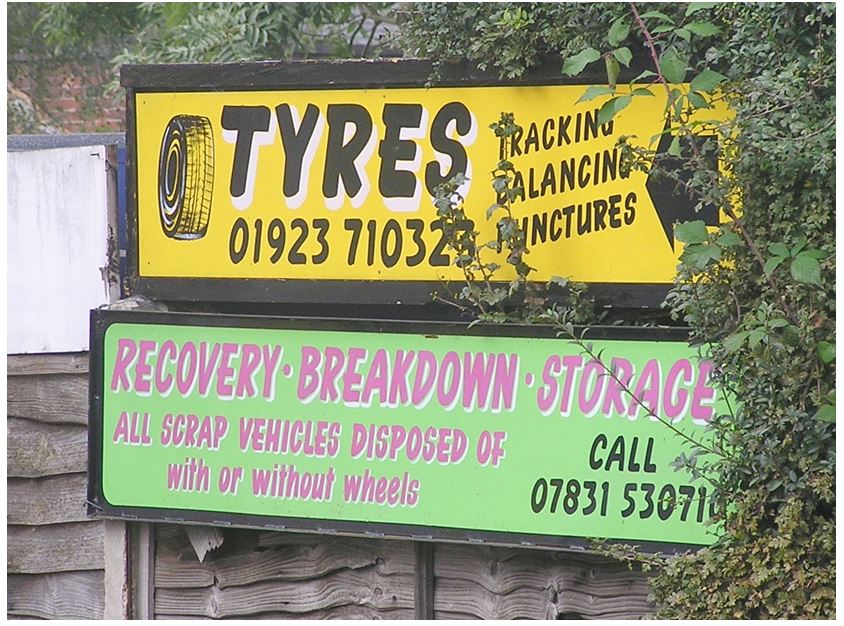 Shops numbered 186 to 200 in 2006
The next block is another that has been rebuilt in the fairly recent past – I would guess in the late 1960s or 1970s. It is currently numbered 186, 188 and 190 but has been built on the site of what we believe to have been 6 small cottages which we estimate would have been numbered 182 to 192.
The first of the new block, No. 186, in 2006 was “Cartridge World”, providers of computer printer ink. I know this was not the first user but I can’t remember what was there before and I have not found any other listings for this site.  It is now, in 2020, occupied by Skin Transform.
The next, No. 188, is currently “Lloyds Pharmacy, Dispensing Chemists”, having, in 1974 been listed as “Cross and Herbert Ltd”, also Chemists.
PREVIOUS PAGE  /  NEXT PAGE