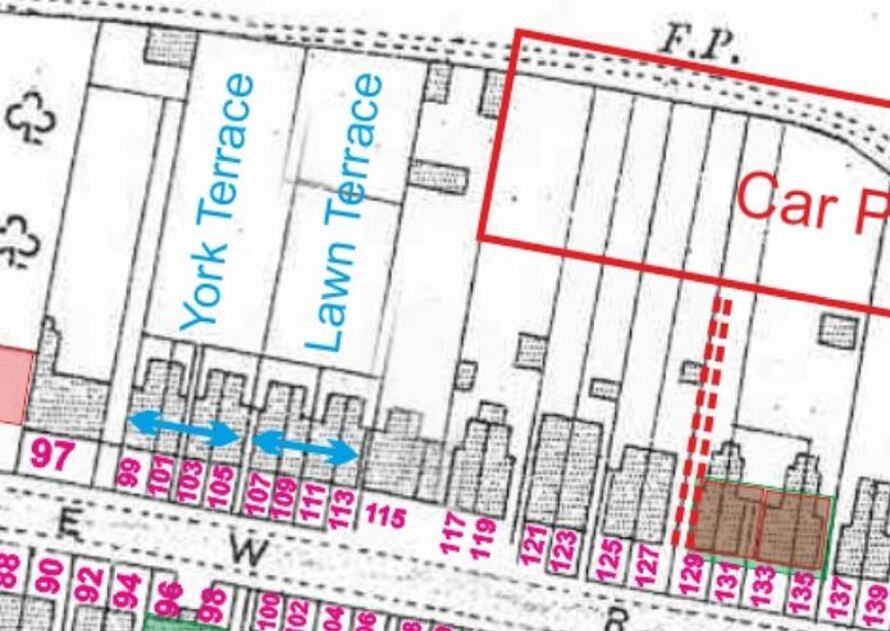 An advert in the July 1939 edition of The Croxley Argus – described as the Official organ of the Croxley Green Residents Association - showed that the premises was then occupied by “D E Toms, Radio and Television sales and service engineer” and this was supported by an entry for “Douglas Eric Toms, Wireless Engineer” in the 1940 Kelly’s Directory.
By 1960 it had become “E Element, Fruiterer”.  I have been told that the greengroceries were still served from the old marble fish counter, which remained in place until the house reverted to private use and the front was extended!
The next pair of premises, Nos.117&119, have been shops for many years and are still commercial properties today.
The 1910/11 Kelly’s shows that the occupant of No 117 was Lewis Grace, Confectioner but by 1913 and again in 1919/20 it was a drapers, run by W G Paterson.
By 1930, the shop was now being run by Miss Paterson, presumably his daughter.
In 1940, though still a Drapers, it was being run by Mrs Ethel Davies. 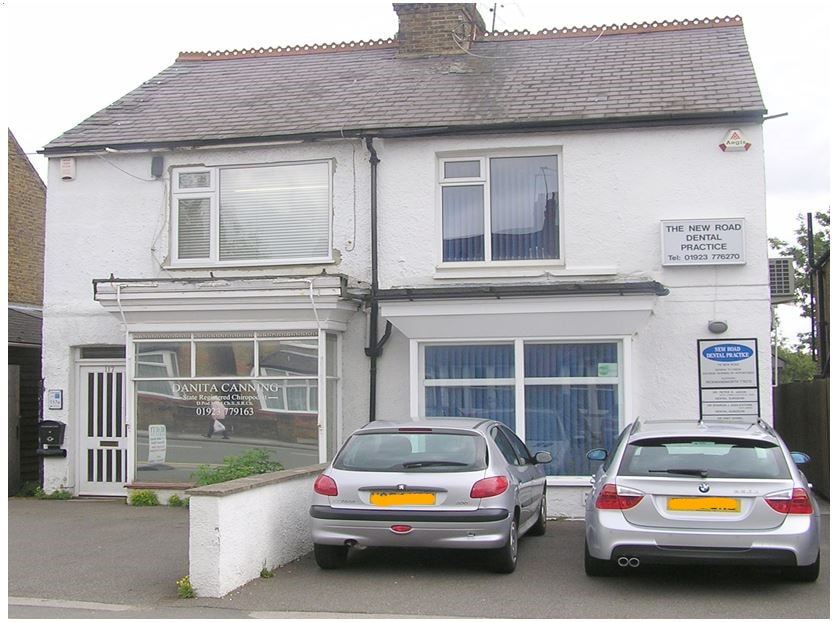 By 1968 it had become “Wembley Radio, Servicing Engineers”, similarly listed in 1974. In addition to selling and repairing electrical goods, they also sold a limited range of model railways (Hornby Dublo etc.)
At the current time it is occupied by “New Road Dental Practice” 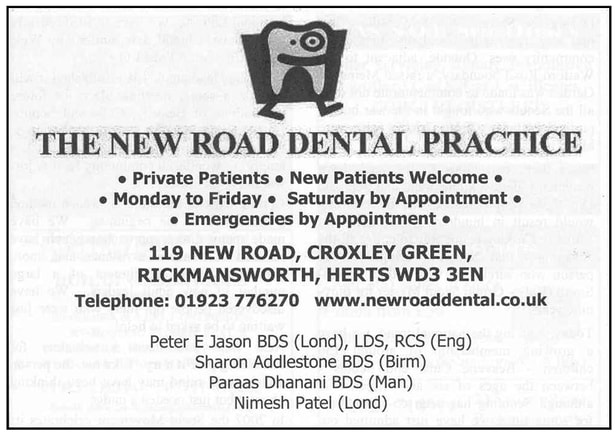 Nos. 125 and 127 are another pair which have been commercial premises for many years and still remain so, having been built sometime during 1900 to 1914.

No. 125 was a Newsagent in 1930 and 1940, run by Mrs H L Wade. The advert is from a 1933 issue of the All Saints’ magazine.
By 1968 it had become “Beverley Salon”, a Ladies Hairdressers and by 1974 it was a similar establishment under the name of “Peter Edward”.
By 1979, according to an advertisement in the St. Oswald’s church magazine, it had become known as “Snips” – advertising as a specialist in the “Uniperm”

It is now occupied by “Croxley Divers”, a diving and snorkelling equipment supplier.
PREVIOUS PAGE  /  NEXT PAGE