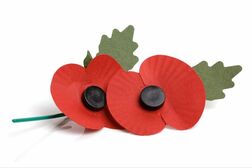 Ernest  was born in  Croxley Green  to parents  Joseph and Frances Groom. Joseph 23 years and Frances 27 years  were married locally at All Saints church on 26th January 1889. At this time Joseph  was employed as a cowman and although Frances is recorded as a spinster in the church marriage records, the family believe  she came to Croxley Green in 'service' possibly as a maid in one of the large houses in the village. Frances father had also been in service, employed as a butler.

The 1911 census shows us that Ernest 18 years , worked as a grocer's shop  assistant. Family members believe this to be at the Co-operative in New Road.  Ernest's father now worked at John Dickinson paper mill as a paper packer  with his daughter Hilda 16 years, a paper sorter and his son  William 14 years, a paper cutter.  The census also reveals  Ester, at school 11 years old  and  the family were living at 124 New Road. Earlier census indicate Joseph and Francis had another daughter Lucy, who would have been 21 years  in 1911.

As the war progressed in France and Belgium with heavy losses of regular and volunteer soldiers,
posters  around the country were appealing for men to join the British Army. Ernest travelled to Hertford and enlisted on the 22nd November 1915. Conscription however soon followed, introduced in March 1916.

From the date of his enlistment, knowledge of  Ernest's  early whereabouts in the army is unsure,  but he did keep a diary which has been carefully transcribed by family members. The dairy begins in June 1916 and starts with Ernest at Halton Camp .
(At the start of WW1, Halton House and estate near Wendover, Buckinghamshire, was owned by Alfred de Rothschild. During WW1 the estate was used by the army for training and was later to become a training base for cadets in the Royal Air Force. It is  still currently  a well established cadet base known as R.A.F. Halton)

​The following is Ernest's diary as transcribed by members of the family (2018). As Ernest  had just a pencil to describe his events, the writing has faded and in places difficult to determine his handwriting, particularly some names in France etc. Ernest may well have not known the correct spelling and wrote them phonetically. The family have done their best to locate and  correct any spelling. The website has placed in square brackets  [   ] extra information regarding Ernest's diary entries.
​Ernest's diary is still in remarkable condition and although the pencil has faded with age the paper in the note book is still very stable. Two photographs are attached in the early section of Ernest's notes and the family believe they  are his mother Frances and his brother William,who also served in the army. 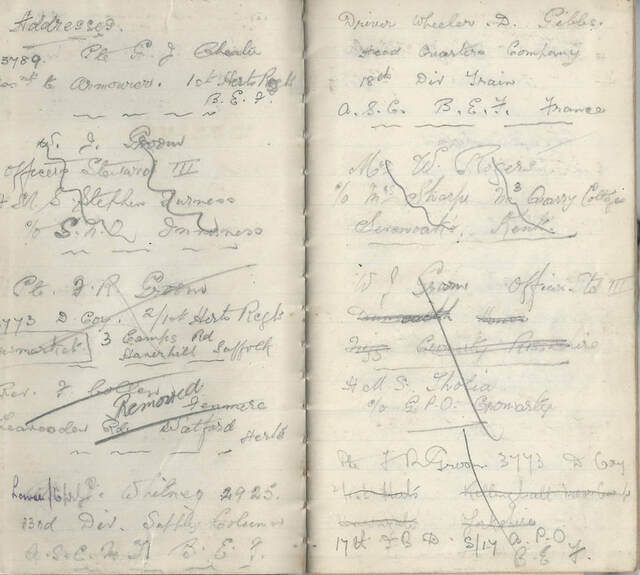 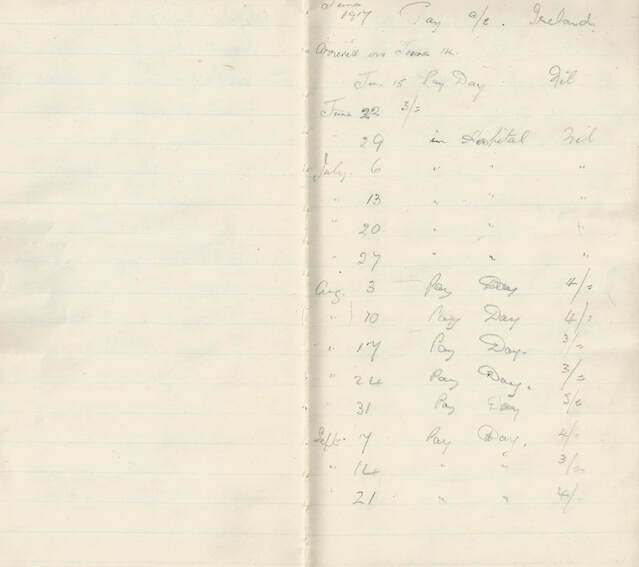 Diary of Ernest William Groom
Ernest's diary is still in remarkable condition and although the pencil has faded with age the paper in the note book is still very stable. Two photographs are attached in the early section of Ernest's
notes and the family believe they  are his mother Frances and his brother William,who also served in the army.

​When Ernest finally returned home he  would have continued  recovering from his wounds and  lived with his parents and other members of the family. The 1920 Electoral Roll shows the family now occupy 84 New Road. Ernest married Winifred Dora Austin on 3rd April 1920 and they lived at 47 Dickinson Avenue. Ernest continued his employment with the Co-op in New Road and he and Dora,( now using her middle name), had a daughter Brenda.