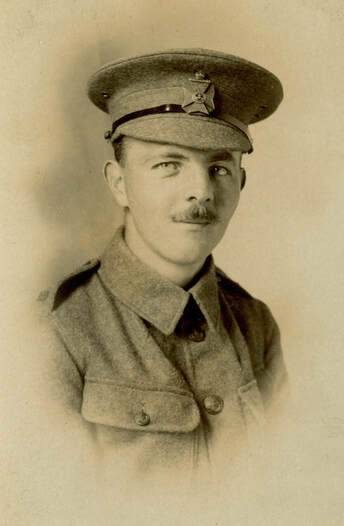 (© loaned by the King Family) Sidney Martin King in uniform

​Sidney was born on 6th October 1890 to Daniel and Alice King. The 1911 census recorded by Alice, describes her husband as a retired farmer living with his family in Lawn Villa cottages, 89 New Road. Daniel is 89 years old and Alice is 52 years. They had been married for twenty two years, and had two sons Sidney twenty years old and Herbert fifteen years old. Prior to his retirement Daniel had been farming locally, approximately twelve acres of land. He passed away in 1915.

Sidney attended the Watford Boys’ Grammar School between 1901 and 1906. On leaving school he  became a carpenter working in the building trade before enlisting in the army in 1914. He joined the Kings Royal Rifles and most likely attended the Church Lads Brigade at All Saints church. Many church lads from all over the country at the start of the conflict did in fact join the K.R.R Company, an Infantry Rifle Regiment. Martin did some of his training at Court Farm, Denham Village, Bucks, and he is identified in the accompanying photograph marked with an X. The camp was newly set up in 1914 and the new recruits were housed in local farm buildings at Denham until the camp was fully equipped with buildings.
​Sidney served in France with ‘D’ Company and would have been involved in of some of the most serious battles at the Somme. Sidney was in fact injured and invalided home in 1917 to England where he was cared for at the Kitchener Military Hospital in Brighton. The building had previously been part the Brighton Workhouse in the Elm Grove area.
​Several of these buildings were also used to treat wounded Indian soldiers returning to the UK, also fighting in France. Although they were from India it was considered more practical they should be cared for in the U.K.  After the First World War the buildings formed the Brighton General Hospital, which still exists today.
​ In 1917 Sidney returned to Croxley Green to live at the family home. His father had passed away in 1915 leaving his mother a young widow. Returning once more to a ‘normal’ life Sidney met Emily Charlotte Allitt who lived with her parents Thomas and Fanny, 48 Pinner Road, Oxhey. Emily’s father was a Shoemaker / Boot-maker working from home as an Employer. Emily worked at Kodak, Harrow as a Photographic Assistant. The Kodak factory in Harrow opened in 1891, and was the first manufacturing base outside America, as well as the largest photographic manufacturing plant in the British Commonwealth.
Sidney and Emily were married in the latter quarter of 1919 and lived at several addresses in the village, including 124 New Road and 66 New Road. Both Sidney and Emily passed away in 1975. 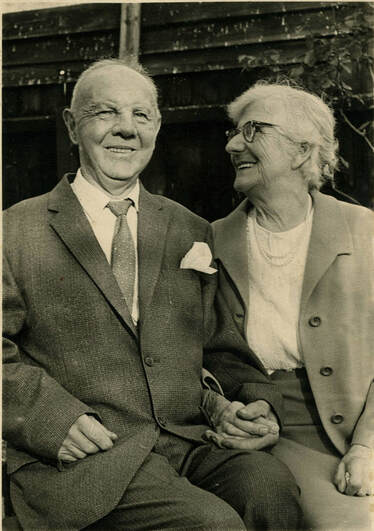