Working at John Dickinson paper mill he enlisted as a Private in the 7th Battalion Norfolk Regiment. He sent his mother a photograph post mark 18th September 1914 with some of his comrades awaiting his own uniform and telling her he would send one when he had received his. He was killed in action on the 13th October 1915 age twenty in France and Flanders. He is mentioned on the memorial at Loos.

David Elbourne says "Frederick Elbourne was my great uncle, brother to my grandmother Blanch Maud Elbourne and brother to Ismay (May) and Philip Elbourne. His parents were Joseph and Louise Elbourne who lived at 34 Scots Hill. Fred was in the 7th battalion Norfolk Regiment and died aged 20 on Wednesday 13 October 1915 in the battle of Loos." 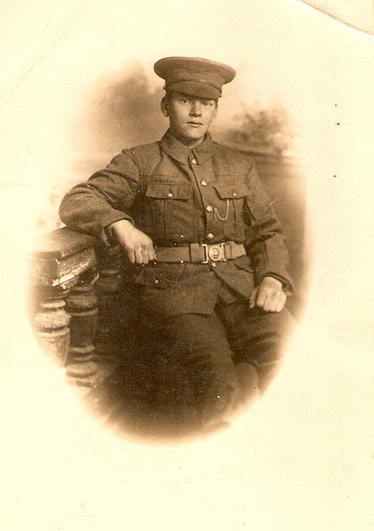 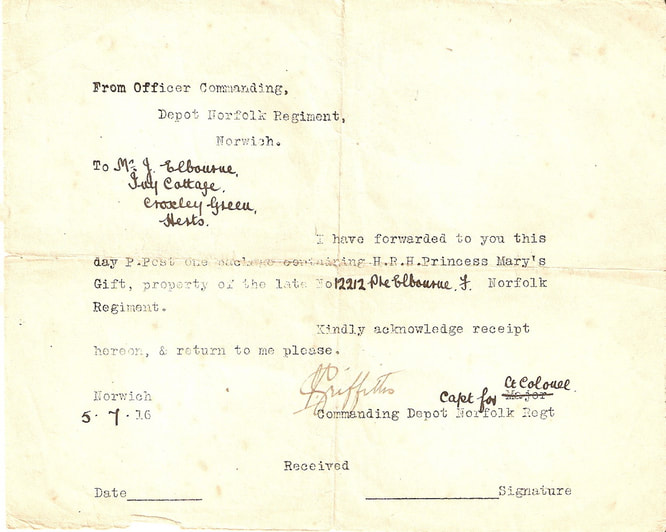 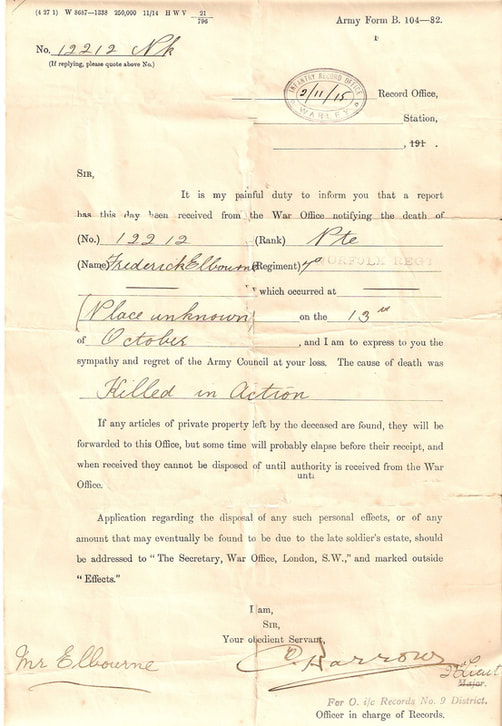 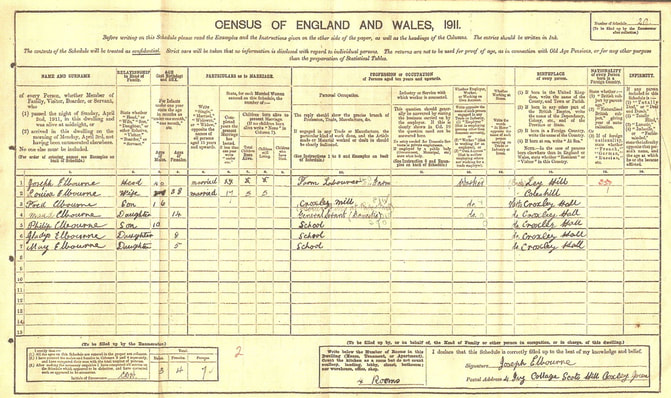