Benjamin Bastin 1889-1917
​
Benjamin was the 6th child to John and Jane Bastin. The family lived at one time 4 Duke of Bedford Cottages, Chenies, Bucks. He is known to have been one of four younger gardeners employed at Loudwater House, with accommodation in the gardener’s Bothy attached to the main house. He married Harriet M Chard from Ridgehill, Winford, Bristol and had a daughter Marjory. 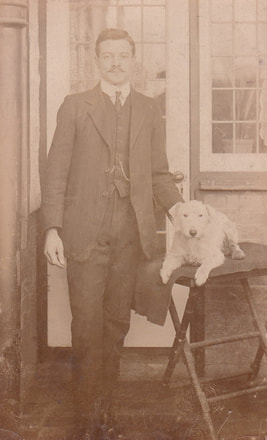 Benjamin Bastin prior to enlisting